INTP personality is the “Logician” of the 16 Myers-Briggs personality types. It stands for Introverted-iNtuitive-Thinking-Perceiving.

Known for being analytical and creative, they like to figure out how things work and dive into a plethora of sensible ideas. INTPs are also independent, but compared to INFPs, these free thinkers are more realistic and rarely lean on emotional motivation.

INTPs — you bet that they don’t like being told what to do and prefer facts over opinions.

If you’re an INTP, do you sometimes feel like you’re the only person in the world who truly understands how things work?

You’re a thinker, through and through, and you love nothing more than diving deep into complex problems and theories. Let’s take it from Bill Gates and Albert Einstein, famously known as INTPs.

But while the world absolutely needs INTPs, it’s undeniable that these Thinkers share a few negative traits, too.

To INTPs, it is important to be aware of these traits so you can work on improving them.

But if you’re someone close to an INTP, this will help you understand your encounters with these Thinkers.

Remember that no one is perfect, and everyone has a few negative qualities – even those who seem to have it all together.

With that said, let’s look at some of the INTP worst traits you can work on.

Here are 6 of the most common negative traits associated with INTPs:

1. INTPs are extremely secretive and dislike being a bother despite having life-death situations.

Did you know that INTPs could be a lot emotional, too? They only struggle to show and express it outwardly.

Because of this, people with the INTP personality type can be notoriously difficult to understand, even by their closest friends and family. But the truth is, they’re a mix of being logical, yet sensitive deep inside.

It’s just that they try to keep it to themselves, contain, and ignore their bursting emotions.

But here’s one of INTP’s worst — and troubling — traits: they’re highly secretive. They won’t tell anyone how they’re on the verge of giving up, unhappy and unfulfilled, or dealing with serious crises.

To people around them, it’s a shock that one day, INTPs would quit a job or have gone through a difficult stage in life. But no one, even their family, would know until it’s long past.

They don’t complain much — which can be exceedingly saddening for those around who like to be there during their lowest days but are left unaware.

I know an INTP who suffered a severe viral infection but pleaded with her girlfriend to never let anyone know — even his own family.

My INTP brother got robbed when he was in grade school. Instead of letting anyone know and borrowing fare from his teacher or friends, he walked a 5.6 km distance from school to home alone, under the blazing noon heat.

INTPs don’t want to be a bother and they don’t want help! For goodness’s sake. Such stubbornness to reveal their emotions is worrisome. It’s like, you will never know what life-death situations they’re already dealing with.

But with patience, communication and letting go of fear, people with the INTP personality type can find ways to connect with others on a deeper level.

Dear INTPs, it’s OK to let others hear you.

2. INTPs can be very critical of themselves and others, often finding fault in everything.

INTPs are known for their independent, analytical thinking.

I have an INTP brother, and boy, I know how this “too critical” and “finding fault” works.

It doesn’t happen often, but when he’s in a foul mood, you bet he could go into a tirade of reasons how other people do a process wrong.

At times, he would also look at other people with an “I’m-judging-how-you-do-it” look, and it’s a matter of minutes before he would start questioning your ways.

Sometimes, he’s mad about it. At times, he’s calm about pointing out my mistakes.

This can be a strength, allowing them to identify problems and find creative solutions. However, it can also be a weakness, as INTPs may become so focused on their thoughts and ideas that they fail to see the value in others’ perspectives.

When they’re too critical and frank, it would come off as dismissive and insensitive and annoying to the person they’re commenting to.

3. INTPs can be stubborn, unwilling to change their minds, especially when someone’s coming from emotions.

If you’re looking for a partner who is always willing to listen to reason and make logical decisions, an INTP may be a good match for you.

However, there are also times when an INTP’s inflexibility and stubbornness can be frustrating. They may be unwilling to change their minds, especially when it’s clear that someone is coming from a place of emotion.

This can be especially challenging in relationships, where compromise is often necessary.

And again, here’s another INTP story. An INTP dude and my ENFJ friend dated (and remained unofficial) for 3 long years. They could’ve been the perfect couple, if not for one difficult issue — their religion.

The bottom line is, that my ENFJ tried her best to share her religion with his INTP man. They attended church together, joined events, and such.

But after researching what lies under the teachings, the INTP was so firm about not converting to a religion he doesn’t agree with. Despite loving the woman, he was firm on rejecting it.

It was 3 chaotic years with each one waiting out if the other would compromise. But no one did. Eventually, the relationship didn’t go well and they went separate ways.

INTPs sure know how to stick to their beliefs founded on facts without letting emotions get in the way.

This could either be a good thing, or a mess just like the story I told you.

4. They can be uninterested in everyday life’s mundane details, preferring to focus on more abstract concepts. 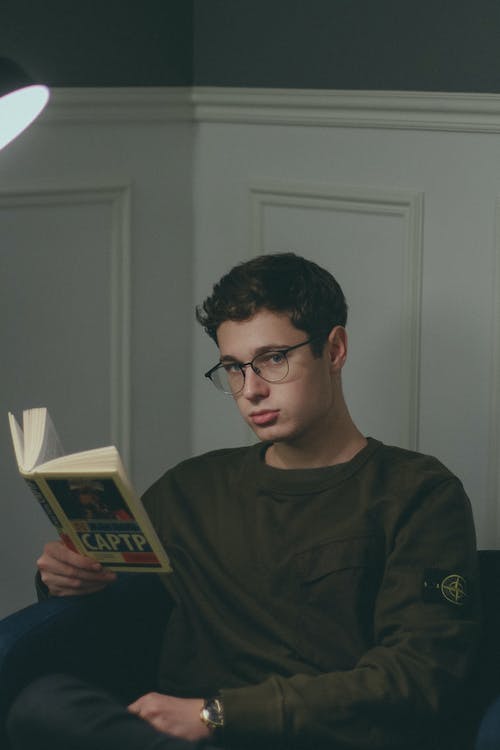 People with the INTP personality type are sometimes described as “the architects” of the personality world. They need to understand systems and dig deep for abstract knowledge like theories and structures.

With that said, INTPs are usually uninterested in the mundane details of everyday life.

They dislike mundane conversations that give them zero value, like gossip or the sports they find no interest in.

They enjoy debating theoretical issues and finding new ways to look at old problems. For INTPs, life is all about concepts and ideas. The more abstract and complex, the better.

As a result, INTPs may appear off when in a social setting. They’re uninterested, aloof, and do not engage.

While breaking down the “huge things” would contribute to the world, INTPs must also learn that they can expand their innate skills once they deal with society’s “shallowness” once in a while.

Improve communication skills, for one.

5. They can be dismissive of other people’s feelings and viewpoints, preferring to stick to their own ideas.

INTP personality types may sometimes carry a dismissive attitude towards other people’s feelings and viewpoints.

They prefer to stick to their own ideas, even if it means alienating those around them.

I’ve seen this countless times between my INTP bro and INTJ father. They always run into debates.

It’s a clash between my brother’s “what I know deep within” and my father’s “here’s what philosophers say,” especially concerning politics and technical procedures.

In all fairness, they could be insensitive with their words, but they’re having fun with it and don’t take the heated exchange seriously.

However, whenever my INTP bro talks to sensitives like me (I’m an INFP), I end up annoyed and ignoring him.

Well, I know my irritation is baseless and it’s not that he’s wrong.

But INTPs also need to learn more about connection and understanding subjectivity more than the objective side of life, or else it can be a real problem in relationships and in the workplace, where collaboration is often essential.

INTPs can work on being more open-minded and listening to other people’s perspectives, even if they don’t necessarily agree with them. Only by doing this can they hope to build solid and lasting relationships with the people around them.

While INTPs are often seen as critical and inflexible, they also have a lot of positive qualities.

They are intelligent problem-solvers with an innovative spirit. They also have a strong sense of justice and fairness and are quick to see the flaws in any system or argument.

When dealing with an INTP, remember that they need time alone to process information and develop their own solutions. Be respectful of their independence, and offer constructive feedback instead of criticism.

What do you think is the biggest challenge for INTPs? Share your thoughts in the comments!