“INFPs are jacks of all trades.” Sounds cool, right? It does!

Because of their passion for learning a breadth of knowledge and skill, you may find INFPs as multi-talented and all-rounders.

However, while they possess incredible talents to dwell in a wide range of hobbies and careers, these gentle souls fight internal conflicts, which in one way or the other, hinder their full potential.

Truth is, they are prone to job and interest-hopping and may appear as double-minded, leading them to fall into several dilemmas at a time.

Generally, although INFPs may be jacks of all trades, they job-hop due to the accumulating dissatisfaction and the lack of purpose in their career paths.

Now, is there a way to stop it? How can INFPs stop jumping from one job to another?

You see, I have a not-so-brag-worthy track record of job hopping, too. But I’m glad I could use my experiences as testimony and shed light on what I discovered about myself that may help other INFPs, too.

Why Do INFPs Job Hop?

First, we need to understand the reason behind INFP job hopping.

INFPs job-hop because of two reasons: dissatisfaction (caused by our introverted Feeling) and a sweeping indulgence in the shiny object syndrome (driven by Extraverted iNtuition).

INFPs have introverted Feeling (Fi) as a dominant cognitive function. Due to this, they highly rely on their moral standards and uphold a strong sense of authenticity.

It means jobs must resonate with who they are. INFPs must find meaning, and a purpose, or else, the idea of quitting jobs will keep knocking on their doors.

When an INFP no longer finds meaning in keeping the job, they silently detach from it. Unfortunately, INFPs don’t simply “quiet quit.” Rather, their detachment pushes them to really leave their job.

Simply put, if the values in their job don’t align with the values of an INFP, they become more and more dissatisfied over time.

On the other hand, INFP’s extraverted iNtuition (Ne) allows them to visualize a wide array of routes and harbor multiple possibilities.

Because the call of their Fi isn’t satisfied, it prompts an INFP to find a solution to stop their dissatisfied emotions.

They would read self-help books, try to change their behavior, be an optimist, or even get advice from others. But when nothing else works to stop their surging emotions of dissatisfaction, INFPs are bound to find another and a better path.

They would idealize a better situation and think, “I could’ve done better elsewhere” or “there are more opportunities outside rather than here.” That is Ne on the move.

Once they lock in on a plan, a.k.a. the shiny object, they will move on to that in hopes that it will give them more fulfillment.

However, there are many cases where INFPs follow “shiny objects” that end up not working for them. I know it’s frustrating, especially when you’re in the 3rd, 4th, or 5th job and still remain unfulfilled.

I was in the same rut, too.

Because I’ve experienced so many major jobs — sales, marketing, technical, teaching, etc. — and detached from them in a short period, I started fearing that the cycle goes on and I would live my life finding and quitting jobs.

“Is this all there is?” I thought.

A lack of meaning will always creep into every INFP. I felt that all my beloved skills and hobbies were useless in “real life.”

But is it really useless? Keep on reading.

Now, is purpose really hard to find for INFPs?

Back then, I wondered why others can stick to a job for 3 years, yet I can’t stay in mine for a year.

And the worst thing is, I didn’t know what was wrong.

What am I missing? Am I just lazy? Did they figure life out and I haven’t? Why do they seem motivated and I’m not? Why can’t I be like them?

If these are your questions, too, I understand the frustration. But as time goes on, I pondered about it, and here’s my realization:

As INFPs enter the adult world, they had to put away their childlike lenses and learn to conform to the demands of corporate life.

But while others can suck up a toxic job, sadly, INFPs just can’t, especially in the long run.

They need their values to resonate with their jobs, or it will leave them with a breathing body but a numbed soul.

See, we all have desires, goals, and motivation. Say, while an ESTJ would get furious with chaotic and unorganized surroundings, an INFP would be exhausted by the lack of autonomy and flexibility in the workplace.

So upfront, I want to say that many company structures — where employees have little freedom from rules — don’t really cater to an INFP’s innate capabilities.

It’s like going to a battle, but INFP’s weapons are restricted.

“Yeah, you’re an out-of-the-box thinker, but… you’re not allowed to think outside of the box, okay?” Uhm… Okay.

People expect you to win as a swordsman… but you’re an archer.

In real life, you’re creative, but stuck in a heavily routine job.

You work best when alone, but you’re in customer service handling irate clients.

As Albert Einstein said, “Everybody is a genius. But if you judge a fish by its ability to climb a tree, it will live its whole life believing that it is stupid.”

I always loved this quote, but it’s only recently that I realized how this should be my life-long mantra.

So INFPs, you have to excel in what you’re good at. Don’t be a fish who strives to climb a tree. 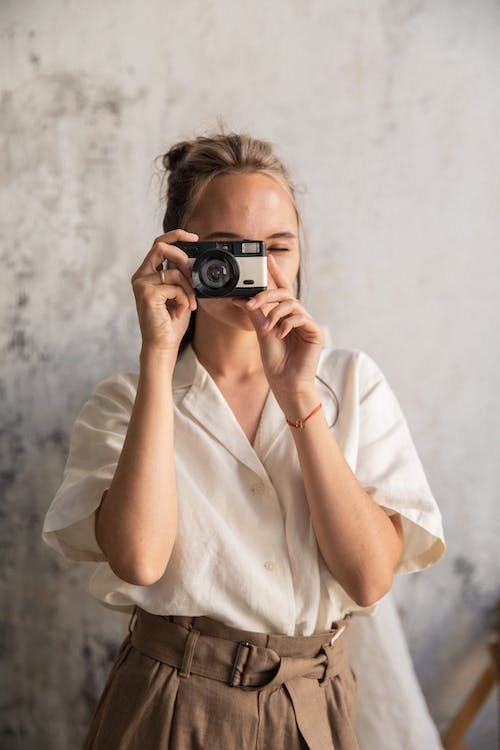 Many INFPs are unfulfilled in their careers because they abandoned their natural strengths, cut portions of themselves to fit in, and followed rules not designed for them. They tried to excel in their weakness and hid their talents because they thought it has no use in the “real world.”

From a forum I read, many INFPs admitted how they have a “cushy” job with a high salary, yet still feel unfulfilled. Honestly, I’m one of them. I left a high-paying job to be a writer.

Do I regret it? No. I’m even relieved!

Many INFPs found freedom in freelancing and artistry. Many turned entrepreneurs, too.

I’m not saying you should take similar paths as the others, but I believe INFPs can maximize their potential in jobs with flexibility and autonomy. It could be a social worker, a programmer, or a daycare teacher.

As long as it resonates with your values and utilizes your strengths, you will eventually stick to it. And love it.

So again, find a job that utilizes your strengths — creativity, intuition, compassion, empathy, free-thinking, individualism, advising, and a lot more.

I also believe INFPs can be empowering leaders when they lead a significant cause. Why not take risks to try and discover?

How Do You Identify Your Strengths and Core Gift?

It’s easy for me to say my strengths now. But honestly, it took me years to understand and fully embrace it. It was a journey full of cries and doubts.

But if you’re someone who’s also lost in the sea of interests, how do you pinpoint your strengths?

How could you know which path to take? Let’s try to map your strengths as we recognize the three things below:

1. You’re Core Gift (Natural Talent) is What You’re Good at In Your Younger Years.

The things you love when you were a teenager, are probably the areas you can excel in later in life.

It’s hard to pinpoint your gift when many ideas pique your interest.

So instead of looking at the wide range of ideas, let’s backtrack.

Your gift is there all along, waiting to be nurtured.

Your innate gift or talent is something you’ve enjoyed since you were a child. Something you always come back to when you need to destress. It’s an activity you spend your time on during summer break or every weekend.

Do you love monologuing? Rewatching a movie over and over again? Reading books favoring fantasy novels? Journalling? Writing about your life? Chess? Board games? Collecting stickers? Crafting stories in your mind? Analyzing a plot? Making bracelets? Have an eye for paper crafts?

Have a recall of your teenage life and what you do to soothe your creative mind. It may be an activity you still do today. Because it’s a core gift, it simply never leaves you.

That’s your core strength. You can expand your skill from that.

2. Your Strength May Be Those You Kept As Secret Hobbies.

I’m also thinking, your talent could be those secret hobbies or projects you keep to yourself.

You kept it a secret because you’re so deeply connected to it and it almost reveals your truest self, right? And you fear people would judge a project you poured your heart into.

I know, I know. It’s an I-would-rather-die-than-let-anyone-see-my-works dilemma. That is how I think before, too. Like, I would literally wrestle with anyone who tries to touch my ‘notebook’.

But here’s how I see it now: if we could invest so much free time and heart into a project that no one gets to see, why not invest the same effort in projects people get to see?

Fear of criticism is a difficult enemy and it’s also the main culprit that hinders INFP.

But remember, if you want to be fulfilled, then nurture the skills that fulfill you.

Don’t push and hide it away.

3. Still confused? Then gain more experience to boil your options down.

If you are still confused about what your strengths are, don’t worry.

We all have trouble figuring out what will and won’t work for us. The only way to see if something works is to try it.

Don’t simply envision, but dwell in experiences. Have proof that these ideas resonate with you. Our imaginations can fool us, but experiences will never.

As I always say and my life motto: When in doubt, I do everything out!

After months or even years of this process, you will get a breakthrough.

Step in the waters and you will soon see patterns in your behavior. You’ll better understand what makes you happy and what doesn’t.

You may also like: How Can INFP Become Successful?

To Be Happy In a Career May Take Steel Courage.

It takes sacrifices to transition from your current situation to the purposeful track you’ve always sought.

That’s why I love being an INFP. People aren’t used to seeing new ways and changes, so they derogatorily call it “irrational.” But if it’s not morally wrong, why not pursue it?

It takes steel courage. And research. And trials and errors.

People will talk, and you gotta spend money, or have sleepless nights learning. But as we know, if you want to change your life, you must change your ways, too.

Despite all that I said above, honestly, I don’t think I will ever stop job-hopping. While I enjoy my current career path, I also know that INFPs are discoverers who have an eye for new opportunities.

But still, while we’re testing and discovering, remind ourselves to exert our efforts into tasks that make use of our strengths. Don’t patch up the weaknesses.

You’re built like that for a purpose. You’re given talents so you can expand them.

That’s it. I hope I gave you insights. Thanks for reading!