Let’s say it. INFPs search for meaning in everything, I mean everything, they experience. Who wouldn’t want a deep understanding of our surroundings, right?

But while this heartwarming trait cultivates passion among these idealists, being constantly on the lookout for meaning, unfortunately, has a fair share of downsides, too.

Sadly, when INFPs find no meaning in their experience, even the simplest tasks become thorns in the flesh for these idealists. Things get boring, worthless, and directionless.

But do you know when the worst lack of meaning happens? It’s when INFPs see it through their own lives.

INFP and Feelings of Worthlessness

Here are 3 situations that happen when INFPs lose purpose and feel extreme worthlessness:

INFPs start feeling lost in life as they believe their deeds didn’t make a change or matter, at all. When enormous feelings of worthlessness happen, INFPs creep back to their dark sides.

The lack of purpose makes them feel like a dead weight for everyone.

A self-blaming INFP would think people are better off without them. As they lose trust in themselves, INFPs just disappear from the scene until they silently find meaning and recover their significance.

A Blow on Their Incompetence

INFPs’ worst insecurities: Being left behind, incompetence, and incapability.

Being both Extraverted Thinkers (Te) and Introverted Feelers (Fi), INFPs have a passion – sometimes, a horrifying one – to gather information and compare everything against their ideals, beliefs, status, and life.

They always compare themselves to other people’s successes and achievements.

It’s like, “Oh, he’s winning at life. What am I even doing with mine?”

If by any chance they feel left behind – whether in finances, friendships, or relationships – they eventually fall into the pits of self-blame for not having done enough for themselves.

They would hate how comfortable they were and the times they should’ve improved their lives, but they didn’t. 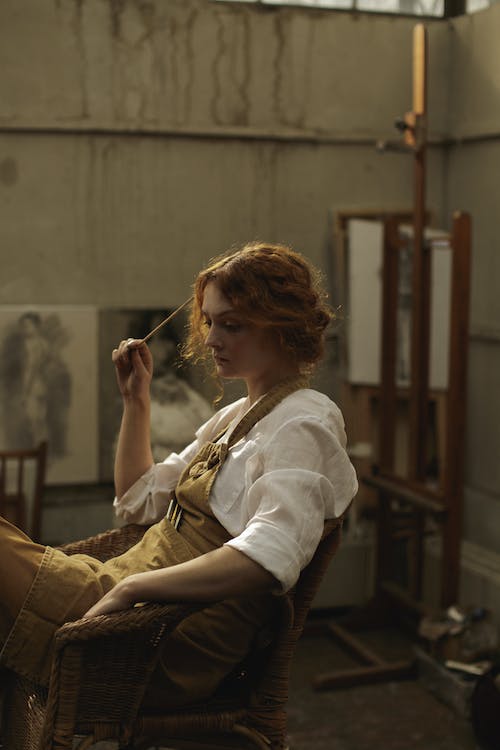 Or Maybe, INFPs Find No Purpose Because They Don’t Fit In

I’m not devaluing INFP’s contributions to the world.

But I must admit, our loss of purpose is probably because INFPs seem to never fit in. We keep jumping from one place to another but still end up uncertain about which path to take. It’s a tedious and emptying endeavor.

It’s challenging for INFPs to live in an extraverted and sensing world. We’re often overlooked. While everyone pursues power, ranks, structure, and money, society treats our very core – compassion, peace, independence, vision, and creativity- as inferior or merely “a bonus”.

Moreover, INFPs lead a life of concepts, compassion, and authenticity. Scrap these traits off of an INFP and you’ll get a breathing body, but a numbed soul.

But here’s what I like about empowered and healthy INFPs. When INFP doesn’t fit in, these stubborn idealists don’t give up without a fight.

They walk away, not to sulk, but to carve and lead their own paths.

6 Things to Remember for INFPs Feeling Lost and Worthless

Here are 6 things to remember for INFPs finding purpose and direction.

These are not quick-fix tips, but are based on my personal experiences along with my friends’ and other INFP’s testimonies. Keep these in mind whenever you feel lost and find no purpose in life.

1. It’s not that you’re purposeless. Rather, you’re in the process of discovering it.

Do you feel like you’re stuck and uncertain about your life? Do you feel lost even when multitudes of opportunities appear right in front of your eyes?

Indeed, it’s frustrating. But remember, you’re not lost, but discovering.

Yes, your curiosity bounds you to try out new things, research, experiment, and self-reflect. No wonder, INFPs are jacks-of-all-trades, wise, and intrapersonally intelligent people.

With Ne, INFPs acquire a constant drive to seek possibilities. Tackling multiple facets of life is their mode of learning. That said, there’s no way people can cage INFPs in a box and expect them to work at their best.

INFPs are not supposed to be stuck with one path. So people, please stop telling us to “just choose one” when we’re wired to do enormous life experimentations.

Lastly, be confident enough with your seeking abilities and keep patience because it can take a while.

You may also like: INFP Sadness and How to Overcome It 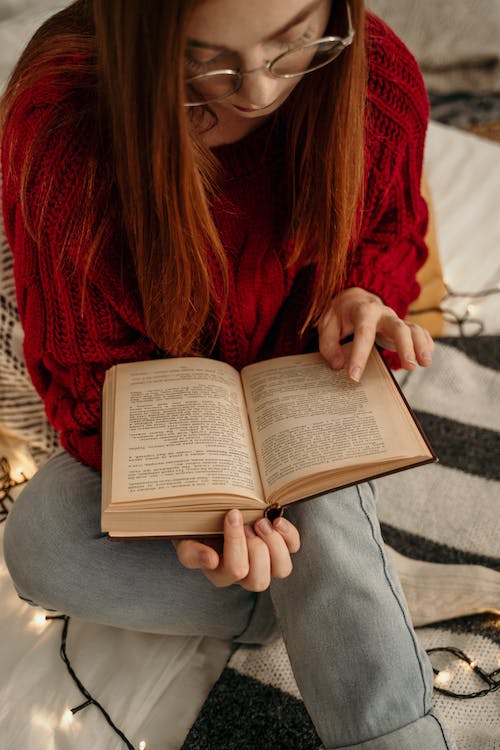 2. Compete with yourself, not with the others.

INFPs have a nasty habit of comparing themselves to people.

But here’s what I realized after years of observing my own insecurities. It’s that INFPs shine the brightest when they mind their own business.

Here’s what I experienced: I’m most productive after I deactivated my social media and focused on reading materials, people’s testimonies, tutorials, and growing my knowledge. Being alone with my own creativity led me to build unusual projects people aren’t familiar with.

As we shut off our social media accounts, we see no one flaunting their businesses. No one was bragging about their achievements.

We don’t have to keep up with the Joneses. No one tells us what we’re supposed to do, and no influencer suggests rabid “life goals.”

Basically, we can build a wall against our insecurity.

Compete with yourself. It’s all you. Don’t let people instill doubt in your skills.

3. Know your core strengths and stay true to them.

Stop leading a life where you never make use of your strengths.

“Why did I take years of engineering courses when I’m into philosophies and understanding human connection?” It’s the question I asked myself recently.

I once believed I wasted years on a skill I don’t highly resonate with. Do I regret it? Well, to be honest, at first I did.

But as I mentioned above, INFPs start off as a blank slate and need experiences to uncover their supposed path.

If I didn’t try multiple paths in the past, I wouldn’t realize I could actually work as a writer.

That said, don’t regret the experiences we spent our time with. Our past leads us to who we are today, a bit wiser every day.

I live by my own saying, “when in doubt, I do everything out.”

Let us leave no stone unturned. Only by trying, INFPs do realize which works for them, and which ones do not.

In the end, once an INFP realizes and uses their real faculties, they inevitably excel and eventually find peace, value, and purpose.

INFPs are reflective enough to pick up the lessons from every experience. Each struggle may be soul-sucking, but time and time again, these idealists come out wiser with a bigger perspective in life.

I and my INFP friend had a deep conversation recently.

We talked about the secret battles we fought in the past. The time we disappeared from the world and the months we blocked everyone both personal and online.

We admitted how gloomy and hopeless we were and shared the stories we were too ashamed of back then.

But this time, we’re not complaining.

Instead, we’re amazed at how every pain we felt before start to connect like puzzle pieces. It seems like everything just “clicked” and made total sense.

As INFPs experience a whirlwind of emotions, struggles, and disappointments, they will eventually reach such conclusions, too.

And once INFPs reach a conclusion, they set their sails again to discover more in life. That’s just how INFPs are and there’s nothing wrong with it.

True story – upon reading a forum question about careers, many INFPs described working in corporate jobs as mind, heart, and soul-shattering.

Toxic workmates, unsympathetic management, and a heavily structured workweek were all the red flags they’ve sucked up to in exchange for a paycheck.

Fortunately, INFPs are rebels (led by the Introverted Feeling function) who are driven to pursue what they believe in and rarely conform to social norms.

As a result, those INFPs in the forum admitted how they chose independence through freelancing and businesses.

So if ever you don’t fit in anywhere else, why not create your own tracks?

I found myself in writing and freelancing. Many INFPs freed themselves, too. Of course, you can do it, too!

You may also like: 8 Signs It’s Time to Change Your Life 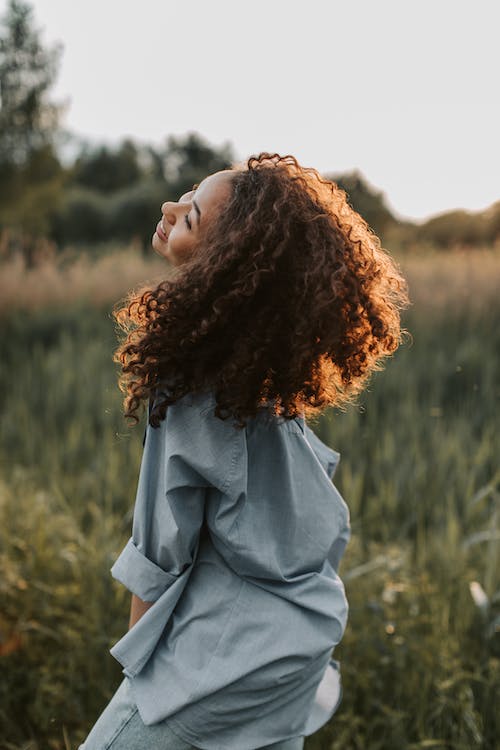 6. Redefine your meaning of success.

Do you think you have no purpose in life? Then let’s borrow other INFPs’ perspectives about success and goal-setting.

In a little survey I made, INFPs responded to this question: “As an INFP, what does success look like for you?”

Of course, some of these INFPs also deal with the same rut. Some have overcome it, while others are still in the midst of discovering. Here are their top 7 answers.

There. If you’re feeling worthless and directionless today, ask yourself this: which among these 7 dreams and goals are you focusing on?

I’m asking you this question, because sometimes, INFPs can be clouded with other people’s dreams.

Even I got influenced to pursue a millionaire-dream (even when all I wanted is simple life).

They advise us to grind day and night and even cut ties with our loved ones to ensure no one weighs us down.

But now that we understand our core, is this really our goal?

What do you dream of as an INFP?

Take a step back and redefine your meaning of success. With an appropriate INFP goal-setting, you can take one step at a time to reach your dreams.

INFPs are discoverers, there’s no doubt about that.

Do you want a flexible job? A career that uses creativity? Then strive to find that. Life for an INFP is a puzzle-piece hunt. You won’t get the big picture if you don’t seek and experience.

You may feel worthless today, but remember, INFPs have the highest morals and values in the 16 Myers-Briggs personalities. That means your wisdom and skills can undeniably grow to stupendous heights more than anyone else.

You may feel lost, but in truth, discoveries knock on your doors like a nudging kid asking for attention.

Rest assured that new opportunities will pop up and rise. Better yet, you’re the one who will create them.