So you see this cute guy in a coffee shop on your way home. Your eyes met, and you gave him your sweetest smile, because why not? But to your horror, all you got in return was a blank stare. Chances are, he’s likely an introvert (or just tired, can’t discount that, lol).

Are you feeling challenged already?

The truth is, connecting with an introvert is hard, and flirting is a whole another level.

So, how to flirt with an introverted guy? Here are some tips that might help you win him over.

7 Tips On How To Flirt With An Introverted Guy

First, remember that you’re dealing with someone who isn’t an open book. Introvert guys don’t go around talking about their life. If you want to connect with them, it’s you who have to initiate.

Most introverts need enough time to warm up to people before connecting. Other introverts may be sociable, but if you stumble into a guy who’s too reserved and awkward, don’t worry!

Here’s how you can flirt with the introverted guy you’re interested in:

Instead of flirting from one girl to another, introverts would rather opt for intimate relationships.

They value deep and meaningful connections — which require some time to develop. Yes, they may shy away from actions that are too forward, especially during first meetings. But don’t be discouraged or intimidated.

Start with giving a shy smile, a cute compliment, or a friendly wink but don’t go too far. Chances are, an introverted guy is interested in you but needs time to process your words and actions. You must be patient but persistent.

Most importantly, keep everything low-key. Introverts would rather connect with you privately than broadcast your connection to the world.

Moreover, introverts look beyond physical attraction and are keenly observant of one’s personalities. They’re introspective and go beyond what’s normally seen. If you want to flirt with an introvert, gaining their trust is one of the main steps (not too easy, isn’t it?).

2. Draw their thoughts out. 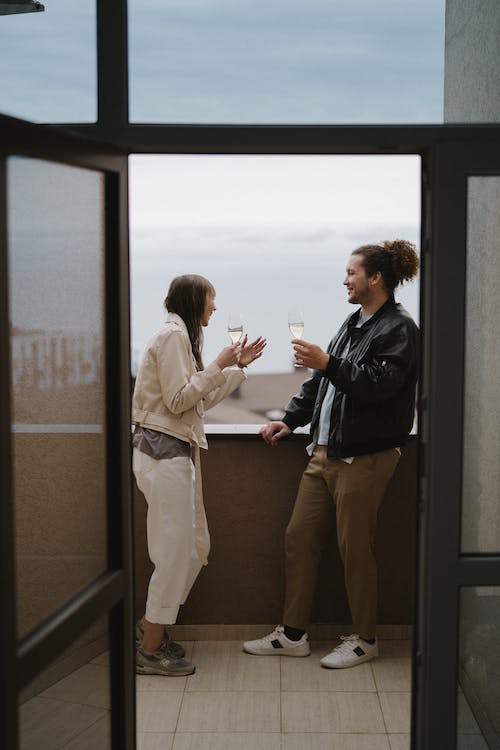 Here’s the thing: introverts don’t talk to people they’re not close to, unless you converse with them first.

Funnily, my extrovert best friend once complained about this. According to her, the introverts she tried to entertain into a “conversation” never even bothered to ask her questions. “I noticed, why don’t introverts ask back?” She told me. She got one-sentence answers, nothing more.

I laughed because it’s often true.

But that’s the nature of introverts. They are more inward-thinking and might not be that talkative.

But once you realize what makes them tick and listen to them attentively, you’ll see how they’ll open up to you more than anybody else in the room.

What’s better for an introverted guy than having someone interested in his thoughts?

Flirting with an introvert guy is nothing about being aggressive. Keep your interactions as natural as possible. Timing is key to making sure he’ll reciprocate.

For example, when you’re in a group setting, pose a question for everyone, but exert more interest in his answers. Be genuinely curious about what he likes to do in his free time, what kind of work they do, and what their ideals are.

See if you have any common ground, and try to find things you both enjoy.

Interesting read: 7 Signs To Tell If An Introverted Guy Likes You

The best place to flirt with an introvert is not in a bar or club. The best ones are in uncrowded, comfortable, and casual places!

Taking a glimpse at them while at work? Baking some cookies and giving them to your friends, including him? Patting them on their hair when they did something amazing? These are all the nonverbals that an introvert would definitely notice.

Humans are social beings, and they can get social cues. Moreover, introverts value their personal space, so when you step closer into their zone, believe me, they know it.

The best places to express these nonverbal interactions are in the most common places where you’re not expecting people to flirt. Be simple, genuine, and unpredictable!

4. Master the art of texting. 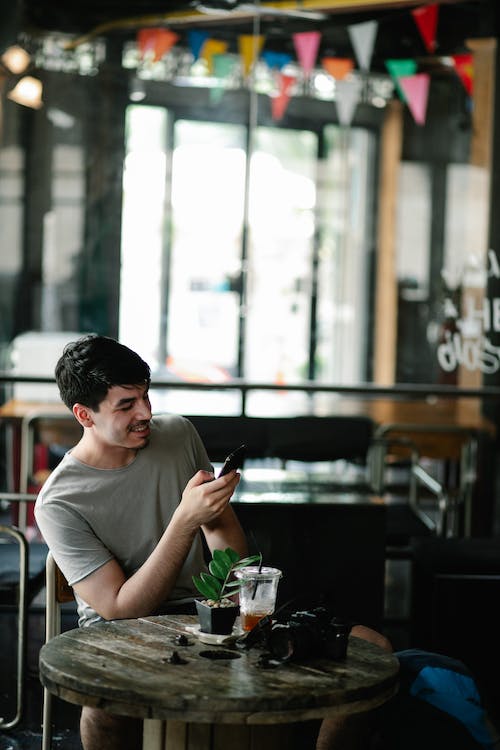 How to talk to an introverted guy over text?

First of all, know that introverted guys prefer texts over calls at first. But if they want to know you better, they may consider communicating through phone or video calls.

But why do introverts prefer texting?

Texting helps introverts focus more on the conversation, rather than processing the external stimuli during face-to-face situations, which cloud their immediate thoughts. With texting, they won’t think about their appearance, how they sound, and the struggle for immediate response.

Moreover, they prefer texting because they’re in their comfort zone — lying in bed, drinking coffee, or listening to music.

When flirting with an introverted guy through text, here’s how you can do it:

5. Inject some sense of humor in your interactions.

Laughter is a surefire way to break the awkwardness when dealing with an introvert. Make light of the tension by getting silly but do not overdo it, or you risk looking stupid. He’ll lighten up once you earn his trust and feel relaxed. In addition, you will see the person he is and start to open up more with you.

6. It’s time to create a little “gap” and make him miss you.

Don’t mindlessly drop cringey, and overly sugary messages. Never love-bomb an introvert. Why? They explode along with it, and the next thing you know, they have run away.

Instead, after having a consistent and subtle connection and piquing his interest, it’s time to give him some time alone. He’ll want his solitude, anyway.

But here’s why you’re giving him space — you have to create a gap.

Stop initiating messages like you used to. Smile at him, but do not give as much attention as you did. And that’s when he’ll wonder, “what happened?”

I’m not giving this advice to torture introverted guys. Create a little gap, yes, but don’t entirely ignore him.

This gives him a comparison of what it feels like when you’re close together versus when you’re not. You bet, they will look for the warmth you gave them before.

If he misses you, he’ll initiate the conversation, and voila! You’ll see how the tables turn.

This is the time you stop chasing him. Let him chase you! Men love the chase, anyway, regardless if they’re introverts or not. They would rather be comforting and protecting you, rather than you chasing and guarding them.

Okay, sometimes, introverted guys are not good at subtleties and may interpret your actions differently. When all else fails, and the introvert guy still can’t catch on to what you’re doing, there’s no other way now but to be straightforward.

If you really like him, subtly confess. For example, tell him, “I’ve liked you for a while,” and leave it at that.

Try not to chase him into liking you back. Give him some alone time to process his emotions and the surprise of being confessed to. After confessing, it would be better to go back to tip #6 and see if he’ll initiate the conversation.

“I like an introverted guy,” your heart shouted. Know that once you have gained an introvert’s trust, expect to be showered with affection and shown his lighthearted side.

He feels happiest when he can open up and share his innermost thoughts and feelings toward you. He will look for ways to strengthen his connections with you and will patiently work to uncover your innermost needs.

Who doesn’t want a relationship with much emotional and intellectual depth, yet reserved and intimate?

That’s it! I hope this gives you an idea about flirting with introverted guys. It’s not as quick as you might want, but these will sure lead you to a more serious connection and relationship.