It’s an endlessly running stereotype. When people hear INFPs, we know they straightaway associate our personality as the “saddest” among the 16 Myers-Briggs personality types. We’re pictured as the gloomy, yet gentle, and always crying personality. But how true is this? Now, people ask, “why are INFPs so sad?”

No, INFP isn’t always a “sad” personality. Indeed, every person on earth can be sad, too – INFJs, INTPs, ENFPs, and ENTPs – everyone. Yes, these free spirits feel deeply, but don’t forget, INFPs being sad can be as frequent as them being hopeful.

INFPs are exceptional visionaries. They light up with every appealing idea and see multiple possibilities from a single standpoint.

Such perception of the world makes them highly optimistic and “giddy” people. Sometimes, an idea courses through our veins and it’s euphoric. Not to mention, I can feel extreme excitement many times on good days.

While INFPs feel sadness, they also have high hopes and enthusiasm and carry out forward-thinking idealism.

Also, INFPs are not called Healers for nothing. Although stereotyped as “the depressed” personality, these free spirits are equipped with understanding, warmth, wisdom, and vision to cheer for other people.

They give the most genuine praises and honest compliments. They stay with you on your lowest days. This “sad” personality is optimistic enough to see the good and bright side of people.

But Why is INFP Attracted to Sad Things?

We’ve discussed how INFP traverses feelings of sadness and optimism.

Truth is, it’s not that INFPs like sad things because they wanted to be sad. No.

Rather, they’re drawn to tragic songs, poetry, and broken people because of the honesty they find in sadness. It makes the most genuine emotion.

It’s not pure sadness INFPs are attracted to, but genuineness, vulnerability, and melancholy. They cherish the unseen and unspoken, the behind-the-scenes of every triumph, and the bursting emotions a person has been keeping in.

INFPs crave the untold. The real backstory of a misunderstood villain. The many years someone is secretly in love. The hurts and sacrifices of a second lead man who never wins the woman he loves.

People’s triumphs, hurts, and wins inspire INFPs. They also cherish the gentle feelings of nostalgia, and the heartfelt imaginations sprouting from a song’s lyricism. 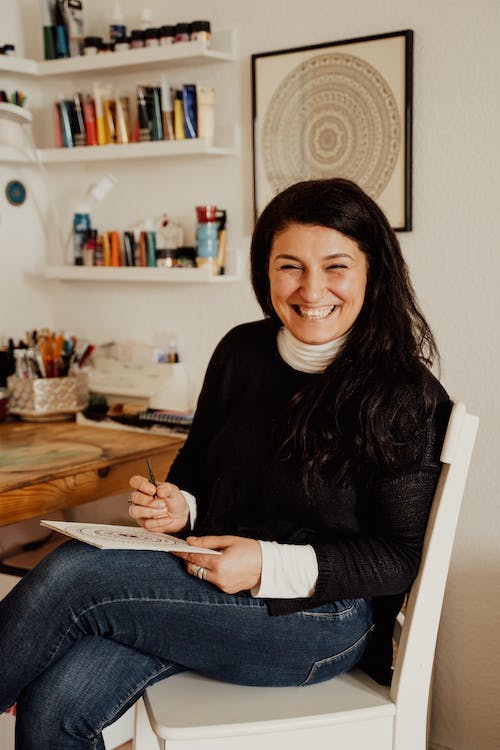 Again, INFPs aren’t always sad people. But if ever they feel these emotions, what could’ve instigated it? What makes INFP sad? What hurts INFPs?

I could write boatloads of reasons, but I’ll focus on what triggers INFP sadness the most:

INFPs foresee what people need and sense the obligation to ease their burdens. They sacrifice their time and efforts for other people’s welfare.

However, when an INFP sees how a problem persists after all their efforts, a terrible realization kicks in. They lodge in a wow-after- everything-I’ve-done-I’m-useless-after-all kind of negative self-talk.

Sadly, INFPs give so much but take too little credit. It’s one of INFP’s nasty habits – thinking they don’t matter even when they have given so much.

Their sadness roots not from the existence of the problem, but how it projects their incompetence.

2. They overthink people’s perceptions of them.

INFPs worry that people will think less of them, see them as bad or uncaring. Once an INFP overthinks how their deeds tarnished people’s perception of them, they just melt away.

That’s why they dislike weighing people down. If they think they slowed down the people around them, negative self-talk just follows.

Cruel isn’t it? Unfortunately, INFPs’ worse enemy is themselves.

INFPs pursue authenticity. However, such pursuit sometimes take a turn for worse. Unhealthy INFPs will push people away as they firmly believe they don’t deserve the good things.

Being both Extraverted Thinkers (Te) and Introverted Feelers (Fi), they have a passion to gather information and compare everything against their ideals, beliefs, status, and life.

They always compare themselves. If by any chance they feel left behind – whether in finances, friendships, or relationships – they eventually create a cloud of sadness and grow distrust of their capabilities.

When an INFP invests time and trust, especially in relationships, they set unrealistic standards and secretly wish people to fulfill them.

But when a person fails to accomplish it, INFPs turn to themselves and think, “Oh, why would they even do that for me. I’m unimportant.” Yes, it’s another series of negative self-talk.

Dear INFPs, why do we do this?

While INFPs are private people and love alone time, they can also struggle with loneliness. It’s a hard pill to swallow when they have no one to talk to about their struggles or their achievements.

INFP loneliness equates to feelings of being forgotten and unimportant.

You may also like: 5 Life Advice for INFP Who Feel Stuck in A Rut 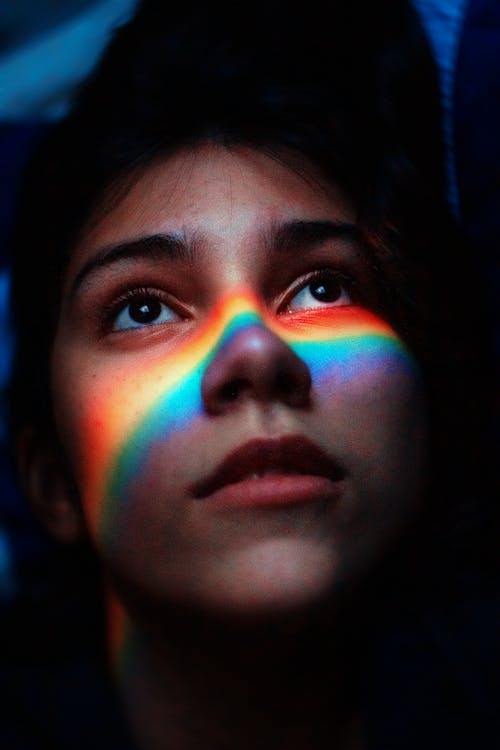 4 Ways You Can Overcome INFP Sadness

What to do when INFP is sad? How do you let go of the heavy heart?

Here are the 4 ways I personally do to overcome my sadness. It may take you constant practice to be more open and more conscious with your thoughts. But once you get ahold of these 4, sadness becomes somehow easier to bear as an INFP.

INFP’s overthinking can lead to a noxious self-critic. Unfortunately, unhealthy INFPs tend to live inside their heads and conclude the situation based on their own standards, own imagination, and of course, with some made-up extra details.

It’s not advisable to keep all your frustrations in. A better way to uplift your spirit is to gather external information. (Develop that Extraverted Thinking function.)

Be vocal about your problem. Ask people’s perspectives.

Recently, I was clouded with these sad thoughts for days and mind-setting didn’t work on me. Due to my heaving heart, I contacted my best friend and admitted how I was in the dumps.

I explained my situation and asked her, “if you were in my position, what are you gonna do?” Fortunately, she was eager to give out her thoughts.

It’s advantageous to admit why you’re feeling down. When asking opinions from a trusted friend, you get someone to look at your issue from another angle. Another point of view.

If she agrees to my thoughts, then that’s reassuring. If she disagrees, then I get a new perspective which leads me to a clearer judgment.

2. If you’re depressed, don’t isolate yourself.

It’s okay to cry and feel bad at times. Release it. The worst thing you can do is to keep all the sadness in until you feel a heavy heart and a lump on your throat.

If you’re feeling alone, sad, and empty, but want to get out of it, take action. Take a morning run. Talk to your family or friends. Walk your pets.

As I write this, I actually feel dejected. But I don’t want to keep this sad emotion any longer. Thankfully, I do realize how isolation only fuels sadness. We must not go down that path.

That said, I brought my devices outside my room and did my tasks where my family sees me, and I see them. Other people’s mere presence can impact your emotions, too.

When you see people moving around, your sadness becomes bearable compared to locking yourself inside your room (and inside your head).

Also, as one of my friends told me about grief, “Never be alone. Always have someone to talk to.” Whether it’s online or personal, reach out to people you trust.

3. It’s okay to interfere with your emotions.

Do you listen to sad songs when you’re sad? Ahh, I admit, I did that, too. It’s both satisfying and heartbreaking when songs and movies capture your emotions.

But if you want to get out of the gloom soon, you better stop feeding yourself with sadness. You don’t need to “feel” and “baby” your feelings too much.

Rather, interrupt them and say, “not today, sadness.” If you’re sad, talk to people and stay in a vibrant place. If you’re angry, listen to upbeat songs. If you’re down today, pamper yourself with a warm bath or invite friends to dinner.

INFP emotions shift every time. That said, surround yourself with a good atmosphere. 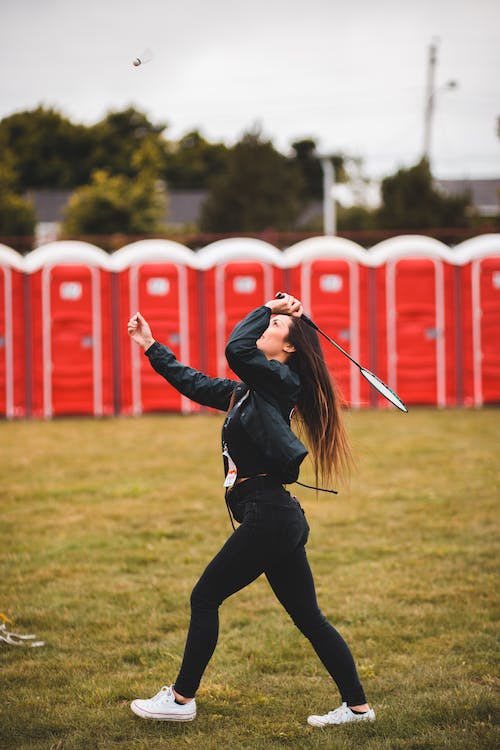 4. Obsession with the past won’t help.

Because of INFP’s introverted Sensing (Si) function, they tend to reminisce the past, savor memories, replay them in their heads, and keep the emotions intact.

No wonder INFPs still feel their hurts from 8 years ago. It’s because the INFP mind is so rich that they can replay any scene they want like it only happened yesterday. Dang.

But to be honest, these idealists have a high awareness of their thoughts. You might as well utilize your intrapersonal skills and choose which thoughts to focus on.

If possible, whenever you’re remembering a sad and painful scenario in your life, consciously shut it off and put your focus elsewhere.

There are benefits to remembering the past, but for tragic memories? You don’t have to punish yourself every day. Stop replaying it.

Why INFP Sadness Can be a Good Thing, Too.

People tell us “don’t be sad.” But for me, sadness can have its benefits, too. It’s frustrating at the moment but provides fruitful outcomes when it’s passed.

How is sadness a good thing? Here’s how:

INFPs love their peace and comfort. I must tell you, without a threat to their peace of mind, most INFPs would stagnate and just play around. (I would.)

Not even passion and vision alone can propel a comfortable INFP. Rather, fear of losing relationships or properties, their life taking a turn for worse, or a threat to their peace makes INFPs step forward.

Remember having an outburst of motivation, and the next morning, it just drains away? Come to think of it, you dropped your plans back then because you’re not afraid to lose it.

But on the contrary, when INFPs face impending discomfort or sadness, these free spirits become the best problem solvers.

The good thing is, sadness can be a wake-up call. Truly, if an INFP feels sad about their situation, they will think of ways to never again feel it. INFPs start to self-reflect on which actions to take, pinpoint where they lack, and backtrack what caused their sadness.

They fix their sadness which eventually leads them to become wiser later in life.

There you go. If you’re an INFP dealing with sadness right now, I hope you find yourself again, realize your worth, and get back on track soon. You’ll get out of there. 🙂

Liked this post? If you did, you can buy me a coffee to support my work! Thanks. 🙂