The INFJ door slam is a perplexing phenomenon. One moment, the INFJ is their usual sweet, caring self. The next, they’ve shut you out completely. What could possibly cause such a drastic behavior change?

There’s no simple answer, but one thing is for sure: after the INFJ door slam, repairing the damage inflicted on the INFJ can be difficult for the receiving end.

And if you did the slamming, well, who knows how much stress you’ve been keeping all this time?

What is an INFJ Door Slam?

Slamming doors to a person means you deprive them of help and information. You refuse to talk, and it could be a rude way to send a message saying, “nope, I’m not extending my help to you.”

See, everyone can do a door slam on people. INFPs slam doors. ISFPs and INTPs, too. Everyone has the right to disconnect and break ties with people who get to their nerves.

But why? What’s so different with INFJs door slamming people?

An INFJ door slam is a seemingly abrupt way for INFJs to cut toxic people off from their lives. Let me emphasize the word “seemingly” because it’s the only side the receiving end, and others, see.

No one foresees an INFJ door slam, making it notorious and cruel.

Meanwhile, the receiving end calls it a selfish act. But truth is, it’s INFJ’s last resort to protect their emotional, mental, and physical health from the person inflicting the harm. It is the last card up on their sleeve.

You may also like: 5 Things That Turn Off An INFJ

What An INFJ Door Slam Feels Like From the Receiving End

I’m so glad I never had one INFJ who slammed doors on me.

But I’ve seen it.

I’ve seen my INFJ friend slam doors on one of her childhood friends over a supposed harmless joke.

The context: The other girl gave my INFJ friend the wrong directions. Obviously, the INFJ climbed the wrong floor of a building because of that.

Eventually, my INFJ friend walked down with furrowed brows, disappointed. Meanwhile, the girl laughed at the successful prank.

Instead of responding to a light joke, my INFJ friend said nothing. But dang, that little prank surely severed, even ended, their decade-long friendship.

The girl apologized day in and out after the incident, but never succeeded in winning her friend back.

Funny enough, the girl was usually kind, so she won our sympathy.

We built bridges for them, only for our INFJ friend to ironically burn them all with a cold shoulder.

We urged her to show forgiveness. But she left us with neither explanations nor fuming anger. No nothing. Even to this day, no one understood where she was coming from and what caused such unwavering resentment. 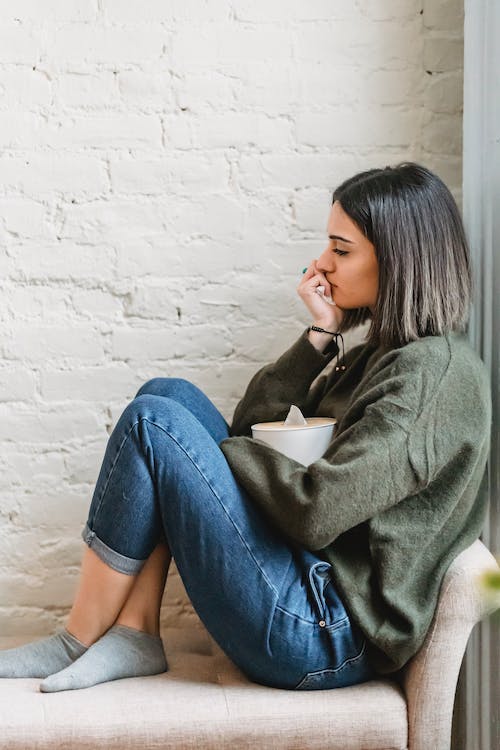 INFJ door slams are hurtful to the receiving end and mentally messes with the mind more than a verbal argument.

To be honest, I also saw my INFJ friend’s actions as confusing, abrupt, and prideful. Like, come on. That’s your childhood friend, and it’s been months. What’s so hard about forgiving her over a simple prank?

But as I mentioned above, dang, I knew too little.

I never recognized the accumulating frustrations of an INFJ, the events that could’ve happened before that.

No one can tell their hurts until the receiving end realizes they’re deprived of INFJ’s warmth and empathy.

INFJs turn cold, you will never receive texts again, they don’t laugh at your jokes, and they stay out of your reach.

Who knows what INFJs had to endure before they ended up slamming doors?

What Mentally Happens Before INFJs Slam Doors on People

It’s no secret that INFJs are intuitive and naturally perceptive people. Their sphere for absorbing emotional energies, observing people, and connecting experiences are broader than other personality types.

According to their cognitive stack, they lead with introverted intuition (Ni).

Introverted Intuition (Ni) is a function that sees theoretical patterns, makes sense of abstract ideas, and generates a profound possibility. Ni is a deductive perceiving function, and it’s INFJ’s default way of thinking.

Simply put, with INFJ’s Ni, they perceive everything, especially the slights and abuse you throw at them, whether intentional or not.

When you consistently hang up on phone calls, leave the INFJ out of plans, or just reach them out for money or emotional support — they see it.

Although INFJs won’t show you they’re hurt, their intuition has strong convictions against these silent offenses.

But INFJs bottle these issues up for a long time.

While INFPs who lead with introverted Feelings (Fi) are quick to judge on who they will get along with, INFJs are the far opposite. INFJ’s tribe mentality, rooted in Extraverted Feeling (Fe), allows them to endure a toxic environment longer. They refrain from leaving people behind.

With such traits, INFJs become over-forgiving people to the point they’re considered doormats. Unfortunately, INFJs are pretty much aware of that notion. Yet instead of turning their backs on your offenses, they seek the brighter side and justify your actions.

They consider what made you think that way, your upbringing, and your whole personality.

Instead of approaching people head-on, INFJs are conflict-averse and would choose to withhold their feelings rather than bother you.

But like any other personality, INFJ’s patience isn’t limitless.

Sooner or later, the build-ups of being ignored or unimportant pile up until they finally snap.

INFJs will exhaust their forgiveness, empathy, and support.

But once their introverted intuition (Ni) says, “Okay, I did my part. I’ve exhausted the possible excuses. According to all the patterns, this person will never change. The only viable way to save me is to cut them off,” that means the situation is about to turn 180 degrees.

Once they make sense of all your patterns, an INFJ emotionally detaches and completely shuts off their Fe for you. They’re done. No emotional attachments, no looking back, nothing.

You no longer have emotional access to them. If you think INFJs would overthink day and night about slamming doors on you, news flash, they already did and you turned a blind eye. Now, they’re done with you and are indifferent about your existence.

Once they’re done, it’s too late to fix things. To an INFJ, slamming the door on someone is an incredibly liberating experience.

Here are the signs you can notice when an INFJ slam doors on you:

1. It’s like you suddenly cease to exist in their world.

They go from being extremely interested in you to completely ignoring you. When INFJs door slam, they may seem utterly uninterested in you and everything you say. They may also ignore your presence or act like you’re not there.

2. They give you the silent treatment.

No matter how hard you try to engage them in conversation, they remain tight-lipped and unresponsive.

3. They delete you from social media and block your phone number.

If you’ve been door slammed by an INFJ, you will likely be unable to reach them through any means of communication. Trying to force your way back into their lives will only worsen things.

Can you reverse an INFJ door slam?

INFJs are over-forgiving people. They exhaust their reasons and excuses to justify your slights towards them.

They’d be like, “Oh, something probably came up, so he’s canceling our date,” or “she might be really struggling right now, so I’d pay her bill.”

But once INFJs slam their doors on you, it’s more or less final. They used all the justifications they could and still concluded that you’re not worth expending their mental health.

But how do you turn things around? Can you reverse an INFJ door slam?

You probably can, but chances are thin. If you like to save the relationship with an INFJ, here are things you can possibly do:

Step 2: Give them time to heal. They will only heal in your absence, so don’t push your way into forgiveness.

Step 3: Realize that friendships will never start where you left off. They are more cautious, and INFJ will never forget what you did. But maybe, you can settle with being acquaintances until they open up once again.

Step 4: Don’t ever try to take advantage of them. They detect it miles away and won’t be kind enough to accept them the second time.

That’s it. I hope this gave you insights about why and what really happens when INFJs door slam people.

Was this helpful? If you’d like to support my work, you can buy me a coffee. Thank you!

1 thought on “What Does An “INFJ Door Slam” Feel Like to INFJs and The Receiving End?”