INFP personality types are often considered the “idealists” of the 16 Myers-Briggs Personality Types because of their aptness for seeing the best in situations.

When they’re in their game, it seems like no one will outdo an INFP. What is more, their constantly reeling imagination would always create visions of perfection.

These Dreamers are creative, compassionate, and driven by their values. However, despite their positive qualities, INFPs can struggle with a few things in life.

I’m an INFP so I’m pretty much familiar with these challenges. I’ve lived them.

Let’s tackle it one by one. If you relate to it, you can share your story in the comment section below.

What do INFPs struggle with? Here’s a list of 8 every INFP would relate to.

Ever felt unsupported? INFPs deal with it — for most of their lives, I must say.

Most INFPs can be misunderstood at home, with groups of friends, and most significantly, in the workplace.

As for me, growing up as an INFP in a family of logical introverts is as frustrating as it can get.

While INFPs exert efforts to do what feels right for them, just imagine living in a home where no one, literally, understands our idealistic goals, intentions, and motivations. While we’re giddy about our creativity, it’s sad how it’s easy for others to brush them off.

I’ve had my fair share of glum experiences as a misunderstood INFP child dealing with an ISFJ mom.

Boy, we’re oil and water. Never on the same page.

I founded a theatre club in high school, but my mom forced me to quit those “nonsense” clubs without her realizing I was leading it.

Oftentimes, I won’t receive “good luck” from my mom whenever I join competitions. Instead, she would tell me, “next time, don’t join competitions anymore,” because it was such a hassle waking them up at 3 AM to take me to the venue.

What feels right for an INFP is often seen as irrational by people around them.

That’s why such an environment leads INFPs to a lot of frustration and feeling of isolation. Or we become more secretive and silently rebellious towards people who disagree with us.

I’m the latter. I’m so glad my stubbornness shines (in secret) even when people don’t understand my ways.

This is an INFP struggle when growing up. But as we mature, it’s incredible how INFPs care less about what people say and do their thing regardless of people’s never-ending opinions.

2. Sometimes, INFPs can’t be themselves around others. 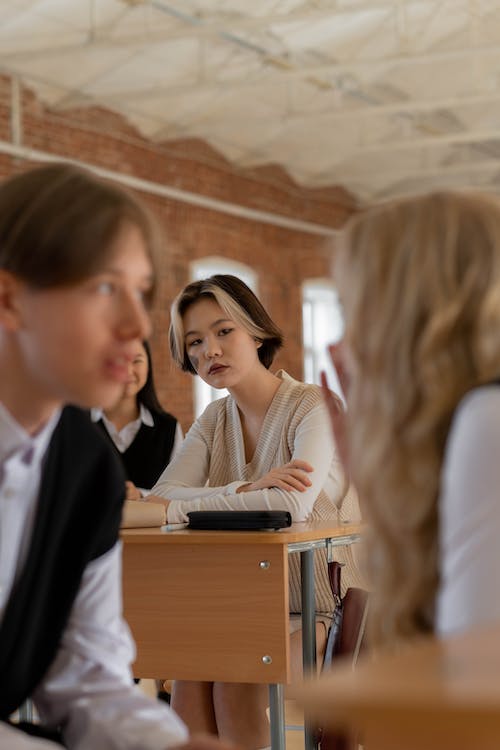 INFPs have a lot to offer, that’s for sure. They’re creative, idea-generators, empaths, and great advisers. But sadly, all their potential could be kept in the shadows because they may be too afraid to speak up.

The reason? INFPs struggle with extreme self-consciousness, leading to self-doubt and insecurity.

I tell you, carrying a mask and laughing at jokes we don’t find funny in the name of harmony is internally heartbreaking.

Yet, INFPs often hide their true feelings, keep their thoughts to themselves, or keep their darkest sides for fear of criticism and judgment.

I still remember when our office department conducted unnecessary meetings as the teachers and administrators had trials and errors in facilitating online classes.

While they were in a hot mess, I was worry-free because I followed what I believe is suitable for my students and me. I had my own strategy.

One semester later, they rolled out the same methods I used way back from Day 1.

In my mind, I was smug. But at the same time, I felt guilty for having my self-consciousness get ahead of me. If only I had spoken up, they could’ve saved time. But I didn’t.

INFP minds are always booming with ideas. Unfortunately, we don’t openly share them because anxiety and fear kick in more than our willingness to help.

We always hide inside our bubbles and pretend when we need to. Ugh. Now, this is a struggle.

3. INFPs have difficulty reconciling their ideals with the realities of life. 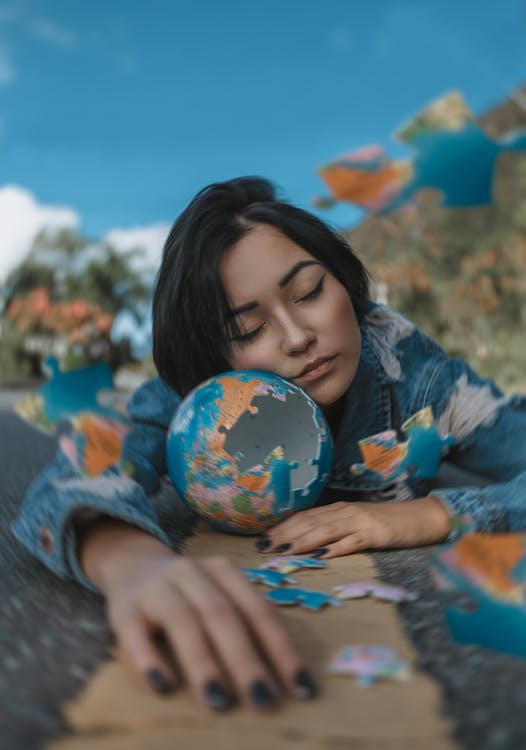 INFPs live in a world of possibility and potential. They strive to make their dreams a reality. Who doesn’t want to live in a perfected world forged from our visions?

Unfortunately, the real world is often a far cry from our ideals, making it difficult for INFPs to reconcile.

We would always foresee a presumed success in our plans. As for me, these dreams included getting rich after graduation, finishing writing a novel, or venturing into business.

The fiery excitement led to sleepless, yet motivated nights. But as you know, almost everything we imagined doesn’t go as planned.

Because the reality is that INFPs struggle with execution.

By focusing too much on the grandiose ideas of perfection, INFPs will eventually feel disillusioned when confronted with the harsh realities of life.

INFPs often forget to include connections, possible conflicts, and patience in the equation.

This is not to say that INFPs cannot cope with the real world’s challenges, but INFPs’ comparison between idealism and reality leads them to struggle more than other personality types when faced with disappointment or setbacks.

4. INFPs are often in a dilemma.

INFPs are primarily driven by their feelings and values, making it difficult to choose between competing options.

Some INFPs wanted to work in the arts, but their family wanted them in finance.

You may want to grab the opportunity for a high-paying job, but you also care for your friends who might get left behind. You tried to venture as a writer but also love graphic design and photography.

INFPs often agonize over decisions for days or weeks, second-guessing themselves, and struggling to find a course of action that feels right.

There’s always a dilemma. Because they can’t give up any, they’re left in an analysis-paralysis situation.

Want to make final decisions? Here’s how to skip overthinking.

5. INFPs take criticisms to heart, but never show it.

INFPs may take any negative comments to heart, even if these constructive criticisms will help them improve.

Personally, we can’t just shake the feeling that we’re not good enough, especially on tasks we poured our hearts out to.

Secretly, INFPs try to improve themselves. However, they are reluctant to seek feedback for fear of being criticized again.

INFPs have hurts they will never show to the world.

It’s hard to make friends as an INFP.

We’re often seen as mysterious and introspective people. We may appear quite shy and private. But the most challenging of all, INFPs are very selective about who they let into their lives.

I once tried to be friendly whenever I’m with a new set of people. I tried, really hard (and now, I’m exhausted.)

But eventually, friendships that I actively sought always felt forced and fake. I didn’t make any long-time friends.

I’ve had no addition to my “real friends list” since college. And even when I find friends, it’s hard maintaining them when I know they don’t resonate with me.

Back then, I always blamed myself for not being funny enough. For being boring and uninteresting. And you know what? I feel that’s true and the issue was really me.

OK, I admit. I am the issue, and realizing this back then was an absolute downer. I was too picky and probably ooze with an uncomfortable vibe, pushing people away.

I would sulk about this before. But now, I started looking at it from a different angle.

People don’t choose INFPs as friends, rather, we choose them.

We attract or repel depending on who we trust and are comfortable with.

Related Post: Why INFPs Are Hard To Get To Know

7. INFPs struggle with transitioning from school to getting a career. 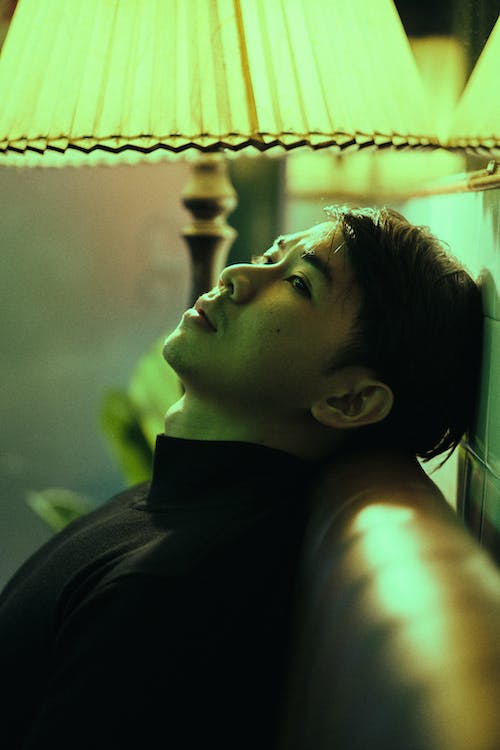 INFPs struggle with transitioning from school to getting a job because they’re not sure what they want to do.

Indecisive, aren’t we? They may have a lot of interests, have finished a degree, or have taken multiple courses but still do not know which one to pursue.

They have big dreams. But once they step out to venture into a career and try to reach their huge dreams, they would realize it’s not as easy as how they played it out in their minds. Moreover, they would know that “money” would never be enough drive.

And so they quit jobs, lose purpose, and doubt themselves.

Truth is, INFPs constantly seek meaning or a job that stimulates the soul. They wouldn’t understand this in their early years, but being in a job they find no meaning in leads to clumsiness and unproductivity.

They may land several jobs but still feel lost and unfulfilled.

Moreover, many INFPs feel out of place in the traditional workforce and often struggle to find their “purpose.”

Unfortunately, many people are still ignorant about introversion, making it challenging to manage the stress of a conventional career.

8. INFPs struggle to understand themselves.

Believe me, I want to be an average person.

I want to be an employee who can talk back to a toxic workmate without bursting into tears. Be someone who goes to work despite my job complaints.

But I definitely am not that person. After quitting several jobs, I asked myself, “what’s wrong with me?”

The difference between society’s norm and an INFP’s true desires creates a lot of inner conflicts making it difficult to know who we really are.

These kind souls have a strong sense of self-identity and creativity, making them individualistic. However, when their innate gifts are not nurtured for what it truly is, they feel lost and purposeless.

After years of struggles and seemingly endless self-reflection, I learned why INFPs struggled so much to understand themselves.

One of the reasons is that the educational system teaches kids (like INFPs) to unite but rarely guides them to understand themselves better. Never did I hear my teachers tell me to nurture my innate talents and follow what we’re good at.

It’s always a matter of excellence in academics, and no room for existential education. Many teach the “hows” but only a few teach the “whys,” making kids like INFPs struggle with finding their purpose when they grow up.

These struggles can be frustrating for INFPs but also a source of strength. By being aware of our weaknesses, INFPs can work on developing strategies to overcome them.

And by relying on our intuition, empathy, and propensity for seeing the best in people and situations, INFPs can continue to live according to their values and principles.

These are the struggles of an INFP.

I hope you get through these challenges. And if you have overcome it, why not share your experiences?

Was this helpful? If yes, you can buy me a coffee to support the blog! Thanks.