“Crybaby, illogical, weak, and weird.” These are just some of the words used to describe INFPs.

People often make assumptions and jump to conclusions, making generalizations based on a few details. Sometimes, we know it may work out well, but most often, it doesn’t! Stereotypes can’t say everything about a person.

And it’s all too common: INFP stereotypes appear in social media, forums, and articles.

While some traits can describe one INFP to the core, it’s not always the case for everybody else. Bear in mind that INFPs are also individuals who can be mature or immature. There are healthy and unhealthy INFPs, too.

In this post, let’s go through 9 common INFP stereotypes and why some of these aren’t always true.

When it comes to INFPs — and introverts, in general — there is always more to them than meets the eye. Because of their tendency to turn “inward,” the words and actions of people with INFP personality are usually misunderstood.

Here are some common misconceptions about INFPs. Let’s pick them apart, one by one, so that we may bust the myths and break the stereotypes that surround this mysterious personality: 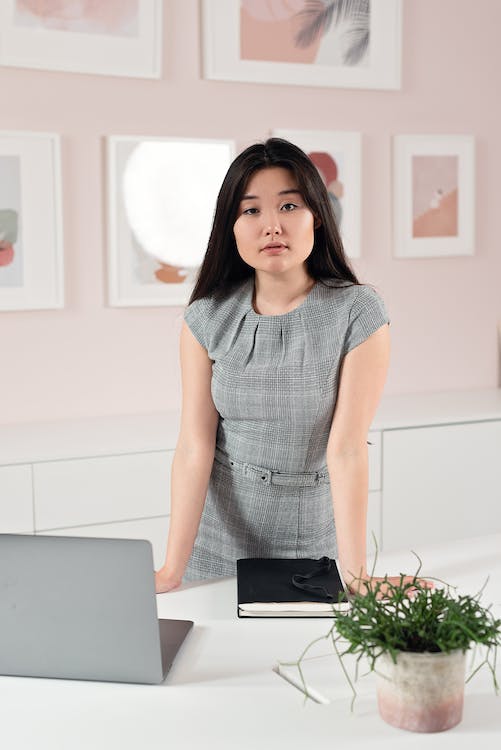 But surprise, surprise, not all INFPs are like that. There are confident and outgoing INFPs, too.

Find an INFP leader and you will see how powerful visionaries they can be. They inspire and influence those around them to believe in their cause, and reveal others’ untapped potential.

When an INFP genuinely believes in their cause, you bet they become influential and inspiring. Their idealism becomes remarkably contagious, and can create an army of believers that will realize their vision.

Moreover, who wouldn’t love an empathetic and compassionate leader?

2. INFPs are irrational and illogical.

When it comes to decision-making, many say that INFPs follow their hearts instead of their minds.

This couldn’t be further from the truth. Yes, maybe the younger INFPs can appear irrational. But the mature ones? They know how to balance emotions and structure.

Mature INFPs who have developed their Extraverted Thinking (Te) can also learn to lean on facts and research, and can get into logic overdrive.

These are the lines I tell myself pretty often as I developed my Te:

“I wasted hours working on this, yet still failed. Gotta research another way to do this.”

As an INFP, I still do shed a tear out of disappointment. I have no issues revealing my emotions because I’m predominantly a Feeler! But after letting the bursting emotions out, I’d go back to being a logical Feeler, and do what I gotta do.

So, in contrast to what some people may say, INFPs can be rational and logical, too!

Like any other personality types, INFPs can be depressed, too. But that doesn’t mean all INFPs are sad and brooding!

Instead, INFPs are one of the most optimistic friends you can meet. Remember when they cheered you up on your lowest days? They guide you to see the bright side of situations.

I admit these idealists have huge tendencies to keep internal battles a secret. They may hide their true emotions, especially when they’re hurting.

However, INFPs are also self-improvement junkies. They always have the drive and passion for bettering themselves and other people.

And often, they see circumstances with a silver lining. Well, you don’t call INFPs “idealists” for nothing!

Overall, depression is not boxed to one personality type. Everyone can unfortunately experience it. But on the other hand, despite the challenges, all personalities are worthy of finding happiness, too.

Yes, some INFPs may feel lost and worthless, but once they find purpose, they’re the optimists who bring forth purpose in others, too.

Another misconception about INFPs is that they are terrible decision-makers. Words such as “wishy washy” and “weak-willed” come to mind, particularly when an INFP decides, only to change it about five minutes later.

But that’s not entirely true.

Did you know that INFPs are actually judging types? Based on their cognitive function, INFPs lead with introverted Feeling (Fi). Meaning, these Dreamers judge and decide based on their feelings, and carry strong convictions.

They know for sure if they liked a movie or not, if someone’s behavior appeals to them or not, and if they love a hobby or not.

Yes, they can get lost in the sea of their hobbies and appear indecisive. This often happens when an INFP lacks the experience to determine which option really drives results.

But once they gain experience, and finally land a purpose that resonates with their mind and soul, they will pursue it, even if it’s interpreted as stubbornness and “irrationality” by many.

Their level of motivation would be so strong; not even the most negative comment or criticism could stop them.

Indecisive and unmotivated, you say? Not all INFPs, no siree! Those who are quick to believe these INFP stereotypes are bound to change their minds.

5. INFPs are too weak and sensitive. 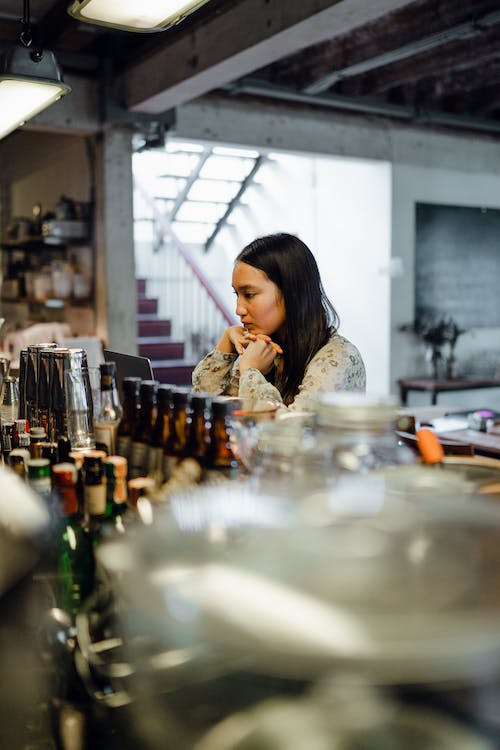 Indeed, some INFPs may “brood” over an incident or a negative remark longer than necessary. However, this is exactly part of how they process things and contemplate the moral lesson and grow from it.

Let’s say, an INFP applies for a promotion that she’s had her heart set on for a long time. She prepares for it, takes the exam, and faces the interview… only to find that the company has decided to hire another person for the job. Naturally, she would feel upset, maybe even cry a few tears, but that’s it!

If anything, a “painful” experience will not weaken INFPs.

Yes, they are sensitive. And yes, it’s also their way to gather wisdom and become stronger over time.

6. INFPs are afraid of conflict.

INFPs may prefer to avoid conflict or confrontation, but not because they are afraid of it. But they’d rather not “rock the boat.” As long as things are generally okay and there are no major trespasses against their values, INFPs are chill.

On the other hand, if you try to hurt a person close to an INFP, or if you blatantly go against their deeply-held principles, you better prepare. An INFP will be quick to point out your despicable behavior, in defense of their comrade.

Imagine a bully threatening a person who has an INFP best friend. The INFP will not hesitate to come to their friend’s aid, look the bully directly in the eye, and say the ugliest truths and mention his insecurities nobody in the room dared to talk about.

Truth is, angry INFPs are sleeping bears, and may have a sharp tongue when mad.

7. INFPs are floaty, living in a fantasy world.

Have you ever called INFPs “weird,” intending to hurt them? Well, you’re up for disappointment. They might even be proud of it.

Indeed, a creative inner mind shouldn’t be perceived as a weakness. In fact, it’s one of their strengths.

You see, INFPs have a rich inner world. They are full of ideas and a rich imagination.

William Shakespeare, Edgar Allan Poe, J.R.R. Tolkien, George Orwell… the list goes on. These are some of the most talented, creative writers the world has ever seen… and they’re all INFPs!

That being said, even if INFPs are brimming over with fantastic ideas, they are not “out of touch” with reality. They simply need to express their creative side — through writing, music, and other artistic forms.

They can “tap” into an inner world of creativity and wonder, allowing them to create wonderful things.

8. INFPs are weak in maths and numbers. 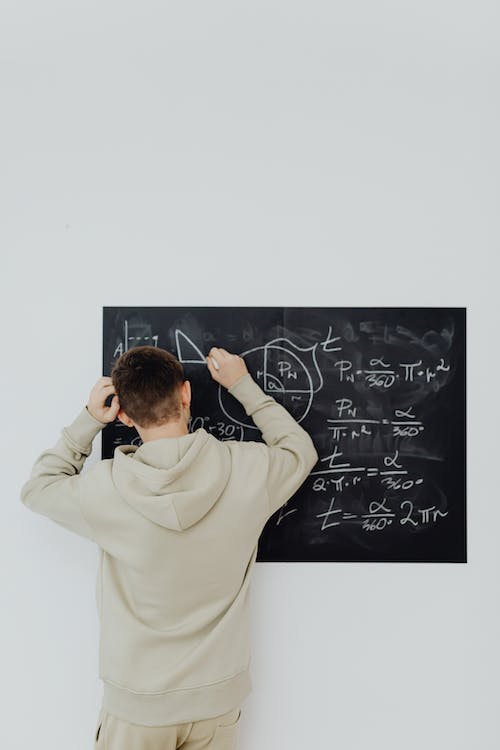 Some say INFPs are floaty daydreamers who can’t do numbers. This, again?

Many INFPs excel in maths and can process analytical problems. In fact, they’re more than capable of pursuing a career in accountancy, finance, research, and sciences — professions requiring high cognitive thinking skills and calculation.

I think the only difference between INFPs and other analytical personalities like INTJs is how these Dreamers find creativity and meaning behind these numbers.

Not intending to brag, but I’m an INFP, and I won several Math quiz bees, and had above-average scores in college examinations. Math isn’t my favorite, but I noticed that my love for analysis depends on how much I can connect to the problems I’m solving.

I remember loathing algebra in high school because my Math teacher never taught me why I’m even solving these useless symbols. Yet, I loved algebra in college because I learned how these concepts were created and why we use them.

From that experience, I’d say, it’s not that INFPs do poorly in math. Rather, they’re more invested in tasks they find depth and meaning in.

This is perhaps the most common INFP stereotype. They are perceived as crybabies, easily overwhelmed, and too emotional for their own good. When a person always seems to be on the verge of a breakdown, they must be an INFP, right? Nope!

With introverted feeling (Fi) function being a major part of their personality, INFPs usually have strong connection with their emotions. However, this doesn’t mean they always express these emotions for everyone to see! They are introverts, after all.

But consider it a rare occurrence if you have ever encountered an INFP in tears. Most of the time, they reel their feelings in. Yes, an INFP may display strong emotions once in a while. But with the passage of time — and experience — they are perfectly capable of handling these feelings, just like any other personality type.

There are INFPs like me, who are no longer shy about crying in front of people. But some INFPs would never show such “vulnerability.”

Some say that INFPs are too emotional, too sensitive, too weird, and living in a fantasy world. Clearly, these people have not taken the time to truly know INFPs. They may be oblivious that people with this personality are filled with much strength, wisdom, and sheer creativity.

If you have an INFP friend, you have one of the staunchest defenders around. Yes, they may be emotional at times. Nevertheless, they are wise, creative, and full of ideas. And they are most certainly not boring!