INFPs are funny creatures. We’re a tangle of weird contradictions!

See, we’re fiercely independent, but we also deeply value relationships with others. We want to be understood, but have problems communicating our real concerns. We love our solitude—but maybe not always.

Goodness, I think our contradictions never end! But it’s also why INFPs are unique and interesting individuals. It’s the reason why people can’t easily pin us down—but that’s what makes us mystifying, right? Right.

So, if you’re an INFP (or have one in your life), here are some of our paradoxes and contradictions for you to ponder.

1. INFPs desire to be authentic with themselves, but they may not be so true to others.

INFPs have a deep need to be authentic. If they can’t be their true selves, it cages them and builds up agitation and anxiety. However, being authentic to themselves doesn’t mean they have to be authentic with others, too.

These idealists are so secretive that they will hide many parts of their lives. So private — that they can effortlessly lie about their feelings, situation, pain, plans, and perspectives.

They have many different sides and aspects of themselves that are at odds with each other, and they don’t want anyone else peeking into those corners of their personalities. In fact, it’s their worst fear: revealing themselves too much!

2. INFPs are devoted friends, but struggle to make friendships.

“I don’t have any friends,” an INFP might say.

INFPs have a hard time making friends because they’re looking for something more than just companionship: a connection with like-minded people.

If they’re uncomfortable and cautious with the people around them, INFPs appear awkward, with nothing to contribute but a smile. They isolate themselves. From other people’s perspectives, INFPs appear as avoidant and aloof.

But once they find their tribe, INFPs let go of everything that holds them back. These Dreamers open up and bring depth to the table — deep-rooted friendships you wouldn’t expect.

They’re devoted to helping their friends out, and these “avoidant” souls become your powerhouse of emotional support — a selfless, devoted, supportive, and compassionate friend.

You may also like: 8 INFP Struggles People Never Hear About

3. INFPs seem clumsy and floaty, but are also detail-oriented. 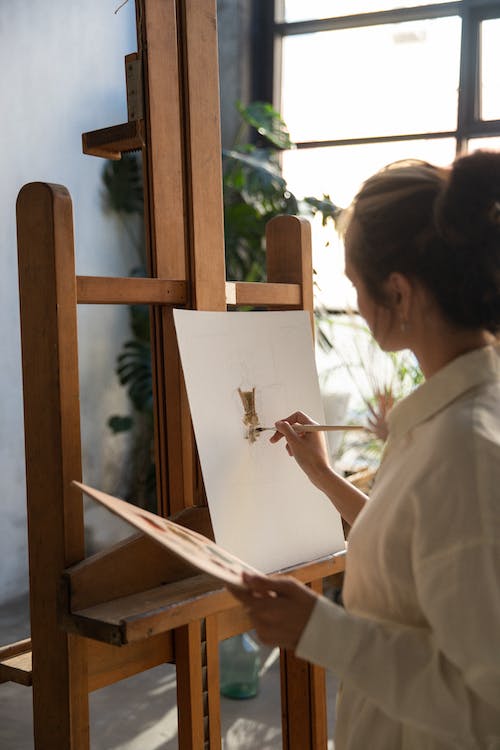 That means we’re trying so hard to be aware of our physical surroundings but still seem to always detach from it. INFPs bump their head, trip, or suddenly drop things. As an INFP, I still get lost in places I already went to five times. I really need Map apps with me every single time.

However, INFPs are the most detail-oriented people you’ll ever meet when it comes to projects important to them. They’re not entirely clumsy or careless—they simply care about their personal work and are deeply invested in making sure it’s done right. They’re perfectionists who love pouring their hearts into projects they find meaningful.

4. Oversensitive, yet also unaware of the world around them.

Funny contradiction: INFPs don’t bat an eye when strangers start to fight. But they will start brooding to unintentional and shallow comments thrown at them.

True story: two girls started a rumble in the streets.

I was late to the show—I mean to the scene — so I had no idea what was going on.

Yet, other people who came at the same time as me already understood who fought who, why, and how the fight started. And I was there, trying to keep up, but I still couldn’t decipher what they were talking about. Lol.

INFPs are less attuned to their surroundings, but oversensitive about social interactions and conversations they’re partaking in. If someone criticizes them, an INFP will take it deeply. They find meaning behind your words and actions and can’t easily brush things off.

Most of INFPs’ strengths come internally: intuition, creativity, compassion, and empathy. Most of the time, they want to work solo. And yes, they create wondrous projects when left alone.

However, INFPs could be subject to procrastination and quickly lose motivation, too. Because they rely on their feelings by default, it’s easy to lose interest when a task no longer tickles their emotions and curiosity.

While INFPs want freedom, they also need a structure, and probably other people who will enforce discipline on them. INFPs need people who will get them out of their comfort zone.

6. Resistant to trends but always try new ideas they come across with.

Ever seen an INFP always following the trend? Have you seen them waiting in long lines just to try a trendy dessert? They probably don’t.

INFPs are traditional and nonconformists, so they rarely follow where the masses go. However, one contradiction about INFPs is that every new idea excites them to the core. They easily get thrilled to try things out.

These idealists are selective imitators. They won’t follow fashion trends but imitate actions, ideas, and procedures until they craft a new idea out of their own originality.

Putting an INFP into the spotlight, where they got no preparation or background knowledge, stirs anxiety and self-consciousness. Impromptu speeches? Nope.

And they may not be a fan of surprises, too, because INFPs know that people who set surprises expect strong reactions from them. Thus, it’s not really the impromptu they dislike, but the expectations tied to the situation.

Now, once we scrape off expectations, INFP would love everything spontaneous. They like random invitations to a concert, unplanned getaways, the rush, jokes no one anticipated, and witty comebacks. Not to mention, they’re the ones springing up ideas from time to time.

8. INFPs could be either extremely sympathetic or wholly unconcerned.

INFPs have two personas: compassionate, empathetic, and extremely supportive; but INFPs also have a dark side—they can feel emotionally detached.

To INFPs, if a situation doesn’t touch them emotionally and personally, they’re indifferent about it. They rarely get riled up by their workmate’s back-stabbing gossip, politics, or any other issue that doesn’t affect their daily lives.

You see, INFPs can’t wear others’ shoes when they don’t understand — and they’re nowhere curious — about the context.

However, to family and friends, no one beats an INFP sympathy. Even if everyone leaves and they are the only person remaining to help you, they will stay. Why? Because INFP’s sympathy is not based on other people. It’s founded on how personally they took the situation, and how much they understood your position.

9. INFPs are daydream romantics, but are also cautious about real relationships. 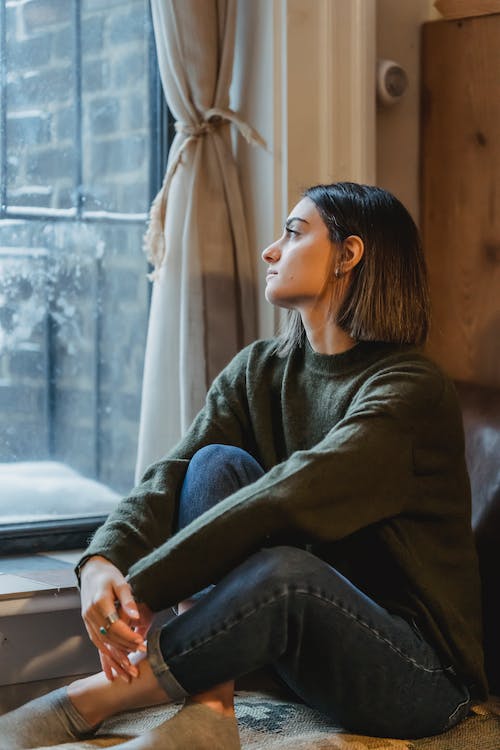 Admit it. If you’re an INFP, you’ve idealized your crush, partner, or romantic life under a rose-tinted imagination. We love playing scenarios in our heads. However, the funny INFP contradiction is, it’s nowhere similar when INFPs deal with romance in real life.

When starting relationships, INFPs run at the speed of light because they feel awkward, afraid to show vulnerability or open up too much to the wrong person.

While they daydream about magical and lasting love, they’re actually avoidant and cautious about it. INFP relationships often start in a cryptic mind game until one day, the more they hide it, the harder it is to keep their bursting feelings.

Here’s another reason why INFPs are walking contradictions.

When INFPs did the right decision which led a group or performance to success, these Dreamers will appreciate recognition and appreciation. It makes them appreciate themselves more.

But funny enough, don’t overdo your praises. They like a bit of validation that they’re on the right path, but not attention.

Too much, and it enforces INFPs a sense of obligation where they would fear committing mistakes.

11. INFPs dislike confrontation, but they are also sleeping bears.

INFPs are peace-revering souls and conflict-averse. This is why people perceive INFPs as gentle and kind, leading people to take advantage of them.

But what people didn’t know, INFPs have a limit to the slights they keep in. Accumulated offenses can build up, and when they reach their limit, they burst into an explosive rage.

While INFPs would always choose peace, a fed-up INFP can turn to aggression where they hammer you the ugly truths that can break down your core. They will point out your insecurities no one talks about. When they’re angry, they become frank, where all their fury and real thoughts are exactly translated into words.

And worse, it all happens on a whim, and people usually are caught off-guard.

The INFP personality is a contradictory one, indeed. but such contradictions make us unique individuals who can offer unique values and philosophies to share with the world. Take heed of our paradoxes, for they provide many helpful signs to guide you down the right path!