Is it possible for an INFP to lose empathy?

I’m an INFP, and one day, I realized I couldn’t empathize as deeply as I used to. One day, putting myself into other people’s shoes became a conscious effort.

When my friends share their heartbreaks, of course, I feel sadness. But unlike before, I rarely get the welling tears with deep breaths that were supposed to be involuntary.

This sure frustrates me. As a Feeler, how in the world can’t I feel other people’s pain anymore, while back then, every little concern pushes me to overthink?

In this post, let me share with you my personal experiences with how I ended up this way.

Am I not an INFP anymore? Or is this a normal INFP trait?

INFPs are such strong empaths not only because they feel others’ emotions. But more amazingly, they craft a vivid image inside their heads, and see what you’re going through as if they’re living it. As we know it, empathy is an important aspect of INFP.

No, they don’t only listen to your story. Instead, it also hurts them personally to the point that they’re compelled to do something about it. They do lengths to make sure you will get better. That’s the very reason they’re called Healers, aren’t they?

But what happens if an INFP loses empathy? Do they lose their selves?

The truth is, it’s a contradiction many INFPs are guilty of — they’re either extremely empathetic or wholly unconcerned.

Causes of an INFP Losing Empathy

I can discuss two ways an INFP loses empathy: short-term a.k.a indifference, and the longer-term loss of empathy (which is what I’m currently experiencing).

In the end, if you can relate to either of these two, share it in the comments below!

Being introverted Feelers (Fi), INFPs’ ultimate default thinking is to seek how they can connect with their environment. It’s all about how they relate to it, what it means to them, and how it affects them.

Say, an INFP sees a wounded stray dog. Although it’s not human, it breaks an INFP’s heart as they realize how much abuse the dog has endured, how piercing a bleeding wound feels like, and how it feels to be so helpless, yet no one extends a hand.

That’s how Fi works — it’s all about how deep and personal INFPs connect to people, animals, nature, and the situation.

Simply put, when an INFP can’t connect with you, can’t put themselves into your shoes, can’t understand your motivation, or you’ve violated their values, what should you expect?

Nothing less than indifference.

I know this is an ugly and unfair response just because an INFP doesn’t understand you. But please know that they don’t do it without reason. They’re not as irrational as you thought.

Aside from an INFP being unaware of the situation, other significant reasons that cause them to lose empathy are disrespect, lack of understanding, and betrayal towards them.

They may forgive at first, but remember, these peace-revering souls are easily exhausted from repeatedly unresolved issues, and eventually feel emotional burnout. Conflicts suck INFP’s energy.

With burnout, they can’t bring themselves to reciprocate your energy. Their empathy for you shuts down, and nothing you say will reach them — even when you’re apologizing, trying to fix the problem, or confronting them.

They won’t care about how being unresponsive and uncooperative mentally messes up the people around them. Yet, in INFP’s mind, it’s a defense, and also people’s consequence for devaluing what an INFP truly and deeply cares about.

Although this sounds brutal, this indifference is often short and temporary.

When an INFP is cleared off of anger, burnout, and pain, they again try to see people in a more optimistic light, forgive, and mend broken relationships and trust.

This is the first kind of “losing empathy” people can experience from INFPs. The next one leans on a longer term.

INFP Becoming a Thinker: A Downplay on Empathy

In the past year, I think I have lost my empathy. Or so I thought.

But hear me out. This gotta be quite a story.

I first realized losing my empathy after the death of a loved one. You bet, tears poured and anxiety caved in on me for months. You might think I lost my empathy because I got depressed, but it’s actually the opposite.

While I was grieving, I saw others mourning left and right, too. Early on, I learned I wasn’t the only one struggling to get by. Many people close to me suffered and grieved because of the Pandemic. My closest friends were left by their partners, got cheated on, and were depressed, leaving them devastated.

It was one hell of a year.

But despite my pain and suffering, people ran to me for advice and comfort, and I became their friend “therapist” that they could call at any time. Being the Healer that I was, my sense of purpose kicked in. Instead of healing myself alone, I get healed day by day as I find purpose in healing others.

I realized deep in my heart that I’m not more special than anyone, and everyone struggles the same. Because lifting each other out of the hole gives me purpose, I was propelled to look at a more optimistic, objective, and grounded perspective. I had to be hopeful, yet realistic.

From then on, slowly, I learned how to sort out what’s emotional and what’s real. Tell my friends, “hey, don’t be hard on yourself, that’s not true,” and “hey, this is what we should face — this is reality.”

Slowly, I stopped looking back at the past because it triggered emotion, and I started facing the concrete things in front of me. I wouldn’t try to overthink. Instead, I will confirm what’s real.

“What are the facts?” This is something I would say in my mind.

More and more, I didn’t realize that practicing these repeatedly would eventually detach me from imagining scenarios and stop me from empathizing with people at a personal level. 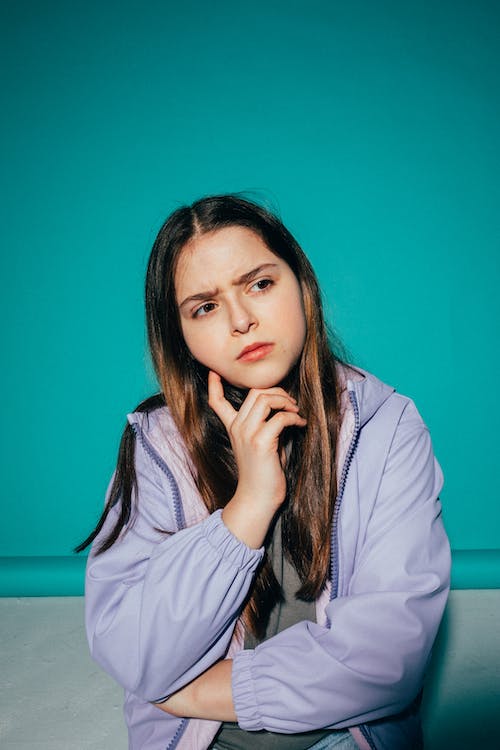 As an INFP, realizing that I couldn’t connect with people’s emotions as deeply as before was infuriating.

At first, I thought I was becoming numb. But if I still cry over Disney movies and Anime… I’m probably not that heartless.

Then after backtracking on INFPs’ cognitive function, I recognized that this is how INFP’s developed extraverted Thinking (Te) works.

Extraverted Thinking (Te) is INFP’s 4th function in the ego stack, and is undeveloped in INFP’s younger years. It’s called the rationale, which Dreamers use to gather collective data, research, and facts to support their decision-making.

Simply put, an INFP with a developed Te learns to balance what to let go, and what to work on. Instead of succumbing to fear, they learn the importance of more tangible aspects like perseverance, patience, and consistency. They ground themselves with facts rather than what feels true.

And there I was — an INFP who became more logical, structured, and organized in her decisions. My Feeling functions were minimized, and now I got more drive for logic. Thankfully, I see my environment through a clearer window.

Now, I rarely cry over other people’s burdens.

But like what my INFP partner said, “Not crying doesn’t mean I don’t care. I’m not crying because I know you’ll be fine.”

Contrary to INFP’s indifference, a mature INFP learns how to control their empathy better.

Maybe you have empathized less and less, but that doesn’t mean you’re heartless and numb. You’re simply learning and maturing with a more developed logic drive that gives you a balance between emotions and reasoning.

The Cons of INFP Losing Empathy

Based on my story above, an INFP who has lost empathy affects their relationships with others, as they may struggle to understand and connect emotionally.

Here are two cons when you’re an INFP who lacks empathy:

1. You may be invalidating other people’s sentiments.

Sometimes, I feel fake when empathizing with friends. I know they’re dealing with a lot in life, but since my “Thinking” side is focused on seeking objective solutions rather than feeling my emotions, I feel like I kinda invalidate their suffering, which to me is wrong.

Partly, I don’t particularly appreciate how I’m becoming, so I try to keep quiet rather than express my unsolicited fact-based advice.

I notice that more and more, I speak like my INTJ father — giving bookworm advice, yet unbothered by people’s real sentiments.

2. Affects the effectiveness of communication and resolving conflicts.

If you’re friends or in a relationship with a Feeler, the lack of empathy becomes one source of conflict.

Without the ability to relate to others’ emotions, an INFP may struggle to find common ground with others.

This is my struggle right now, too. Because my friends and partner are Feelers, it becomes a conscious effort to meet them where they’re at.

Thank goodness, they’re understanding people, and they can deal with me even if I can’t grasp their emotions as perfectly as before.

The Pro of Tuning Down Empathy

It’s important to remember that losing empathy doesn’t have to be negative.

When we’re empathetic, it can be easy to get caught up in our own emotions and cloud our judgment. But focusing on our logical and calculative side helps us to step back and view a situation more objectively.

This is also why I see older INFPs advise younger ones to put their energy into what’s important. Truly, when you empathize and put yourself in other people’s shoes too much, you may just hurt yourself.

As I sort out which aspects of life I should give my cares to, I’ve become less of a worrier, and more of an action woman.

My what-ifs changed into what-is. If I have problems, I’ll go to the handy dandy Google and Youtube to find solutions.

I often ask people for advice, too, unlike before. I learned to seek rather than stagnate.

Can you be an INFP but not empathetic?

It’s not that we’re actually losing our empathy for people. Rather, we start to control them and use them to our defense.

Being empathetic has its pros and cons. But learning to use our energy right, despite the big heart we have, will leave us with more potential.

After all, empathy is an important aspect of being an INFP.

INFP Authenticity As Both Power and Weakness

How Are INFPs Forgetful, Yet Also Remember Too Much?

Do INFPs Cry A Lot?