INFJs are known for their ability to see things that others miss. They have deep insights and genuine compassion for others. In a working setup, INFJ personalities are one of the most efficient people you can work with. They absolutely deliver, I tell you.

But while INFJ personality traits like determination, creativity, and empathy are often seen as signs of admirable, there can also be some less-than-ideal aspects of INFJs’ personalities that aren’t talked about much.

In this post, let’s talk about the unhealthy traits of an INFJ.

But before we proceed, I’d like to clarify that INFJs have good and bad traits — just like everyone. We can’t discount how there are mature and immature INFJs, too.

Now, what are INFJs’ traits if they dwell more on the unhealthy spectrum?

Here are 13 unhealthy traits of INFJs.

1. An unhealthy INFJ might keep a tally of how much they’ve done for others.

We know INFJ has an intense desire to help others which often leads to over-giving and over-sacrificing on their part. They’re known to be altruistic people.

But when INFJ leans on the unhealthy spectrum, their sacrifices come with a cost: they see all the good they did and may desire a reward in return.

An unhealthy INFJ may feel like they have done so much for people—but no one has done as much for them. And then, they start to hold grudges.

They feel entitled to more than simple gratitude. When left unacknowledged, this can lead to resentment, bitterness, and INFJ’s growing loneliness.

2. They are prone to overthinking.

Some INFJs go beyond the simple “overthinking.”

When they overthink, their thoughts spiral out of control and become increasingly self-critical or critical of others, leading to stress, headaches, and even insomnia.

They don’t only overthink their present but also worry about events that happened in the past.

They worry so much that they can’t let go of a detail.

People misunderstand them because of their relentless attachment to events, objects, and situations other people would easily let go of.

Due to this, they deviate from what truly matters and let their issues unnecessarily affect their decisions and perceptions in the present.

Unhealthy INFJ subdues their emotions. They bottle their feelings up rather than speak up when they feel something is wrong.

They mask their emotions — close to pretending. They don’t express their real emotions, leaving other people ignorant of what’s really happening.

But when INFJs repress their emotions for too long, they may just lash them out uncontrollably one day which can cause misunderstandings, confusion, and serious problems in intimate relationships.

4. These idealists may jump to conclusions too early.

Some INFJs can be very quick to jump to conclusions even before they have enough evidence.

They may have been lied to and deceived in the past, which develops trust issues and the fear of being fooled again.

As a result, they become suspicious of others’ intentions and even question your loyalty if you negate their ideas.

It’s given that INFJs have strong intuition. However, it doesn’t mean it can never go wrong.

What’s more, some INFJs may also begin thinking about every possibility that could go wrong instead of staying positive. They may appear as pessimists more than optimists.

5. They would avoid conflict for fear of losing relationships.

INFJs would rather avoid conflict due to the fear of losing a friendship or someone’s approval.

They have double standards, as one might say. While they want people to adhere to their moral standards, INFJs won’t enforce them on their friends.

It doesn’t matter if their friend’s wrong. They will tolerate it.

But be careful. When left unchecked, an INFJ may either mirror the misdeeds of their friend, or end up with a cruel INFJ door slam due to the constant trespasses in their values.

6. Unhealthy INFJs may hardly communicate their needs or wants.

Unhealthy INFJs may intentionally hide their needs and wants, and then brood about why people never understand them.

Also, they can’t set proper boundaries and find themselves feeling trapped in unhealthy situations which can lead to loneliness and depression.

7. They can be overly sensitive and emotional.

Immature INFJs are sensitive to criticism and often struggle with performance anxiety. They take things personally and are easily bothered by people’s actions and words.

They worry about what other people think about them, or whether others’ comments have underlying meanings. They overanalyze and then lean on the negative aspects of their thoughts.

8. They have unrealistic expectations of others.

The INFJ’s standards for others are very high and rarely reached. They are extremely loyal to family and friends. But in exchange, their loyalty blinds them to seek reciprocating, overzealous loyalty from others, too.

This leaves the INFJ disappointed with people who don’t meet their standards, often causing them to feel betrayed.

9. Unhealthy INFJs can be a “moral police.”

Unhealthy INFJs feel as if they have to change people and the world. They believe they have a higher moral aptitude than others and it’s their duty to enforce it on others, regardless of the other party’s feelings.

They forget to respect others’ boundaries or understand how to compromise, leading to conflicts and arguments.

10. They find excuses for other people’s toxic behavior. 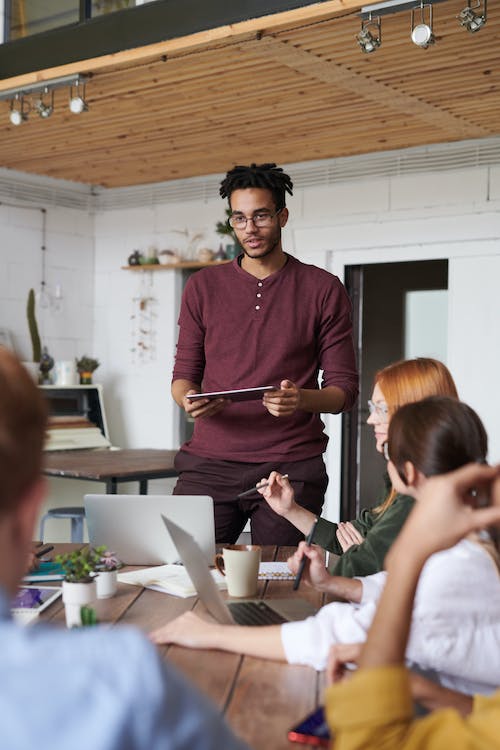 When dealing with someone who acts negatively toward them, an unhealthy INFJ will try their best not to rock the boat (or make waves). As a result, they let toxic behavior go unchecked for months or even years.

While this strategy might sound like a good idea at first glance (it avoids confrontation!), in reality, it will only bring future problems down on both the INFJ and the person trespassing on their principles.

Why? Because if things keep going unchecked in your relationship, eventually, one or both of you will become bitter toward each other.

11. Unhealthy INFJs can be too perfectionist.

Perfectionism is a good trait to have but like all good traits, it can be taken too far.

One major struggle of INFJs is perfectionism. They are constantly worried about not doing something well enough or not living up to their own standards, which negatively impacts their happiness.

INFJs must learn how to strike the right balance between being efficient and being happy with who they are as people.

They have to stop:

If you’re an INFJ, it’s important to know that not only can you say “no”, but in some cases, doing so is healthier, too.

INFJs feel obliged to help everyone in fear of hurting others with rejection, yet always saying “yes” also gives a notion that they have little control in their life.

If you are an INFJ, remember, you are not responsible for fixing everything in the world.

While healthy INFJs don’t bother about getting revenge, the unhealthy ones are rather vengeful. They never forget.

It’s very rare but if you hurt them so much, they will plan to hurt you threefolds. Maybe not physically, but in a mental way.

Unhealthy INFJs are vindictive and hold grudges. They don’t let life get revenge for them, but they may put justice into their own hands.

At the end of the day, INFJs are a wonderful and complex personality type. They are creative, intuitive, and compassionate people who care deeply about others.

The key to understanding your INFJ is to be aware of these traits and their unhealthy counterparts so that you can understand when they’re demonstrating them.

If you know what signs indicate an unhealthy INFJ personality, then you’ll be better equipped to address them before they become problematic!